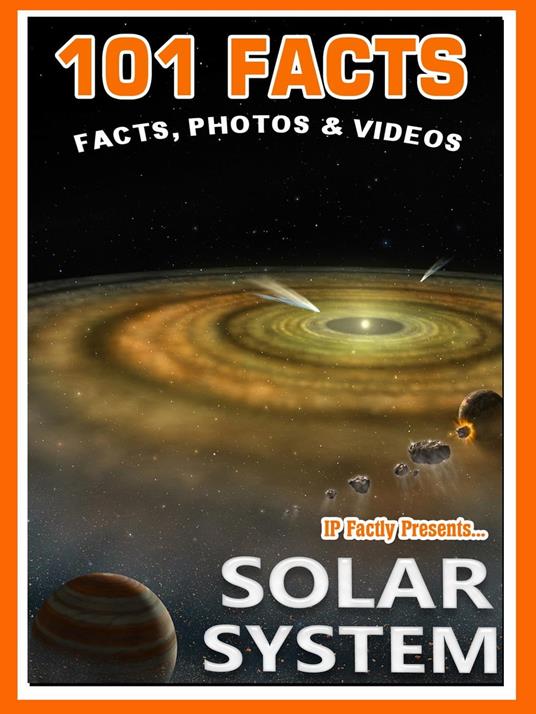 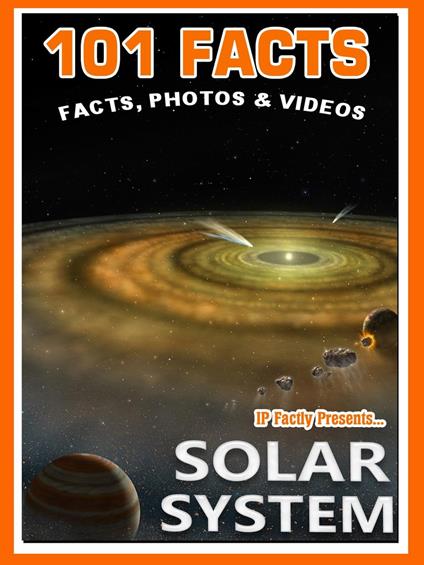 
IP Factly presents... "101 Facts… Solar System!" Solar System Kids Book - Amazing facts, stunning photos plus videos telling the story of the solar system for kids. Space facts for kids A fun and fascinating way for young readers to discover more about the planets, dwarf planets and other fascinating objects in the Solar System. This planet book for kids mixes facts, stunning photos and even Videos to encourage and bolster independent reading. Accompanying webpage with video clips This book provides fact after fact for information hungry children to tell family and friends, and even has an accompanying webpage with video clips giving a visual insight into the Solar System. The video links mean children come back again and again, naturally developing their reading and learning skills. Fascinating Facts Include... The word ‘planet’ comes from the Greek word ‘planetes’, which means ‘wandering star’. The Solar System is only a small part of the spiral Milky Way galaxy. In fact, it is located on a small portion of just one minor arm of the galaxy called the Orion Arm. More than 619,000 minor planets have been discovered in the Solar System. The Sun accounts for more than 99% of the mass of the Solar System, about 300,000 times the mass of Earth. Earth is the densest planet in the Solar System. It also has the strongest magnetic field and the fastest rotation period, which means it spins faster than any other planet. Contents How the Solar System Came To Be The Sun Mercury Venus Earth Mars Jupiter Saturn Uranus Neptune Beyond Neptune The Asteroid Belt Comets Other Objects in the Solar System Video Page
Leggi di più Leggi di meno