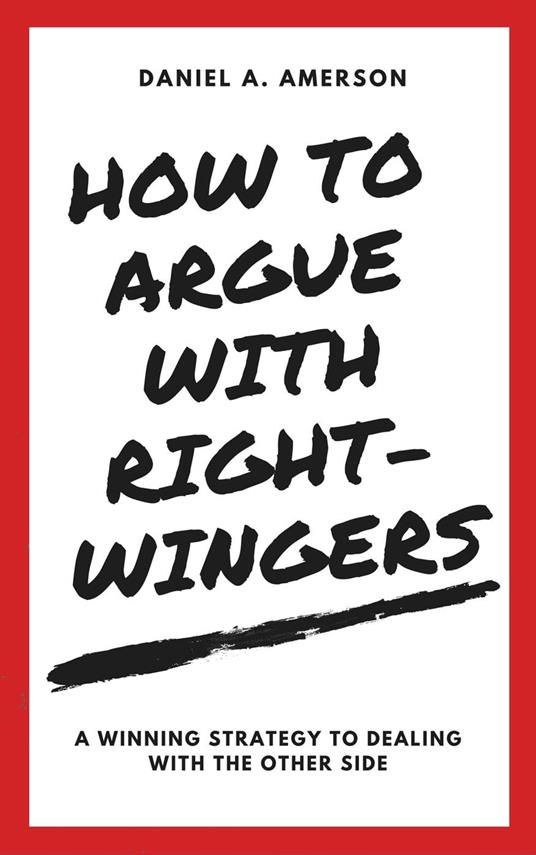 How to Argue with Right-Wingers – A Winning Strategy to Dealing With the Other Side
di Daniel A. Amerson
Ebook in lingua straniera
Altri venditori
Prezzo e spese di spedizione 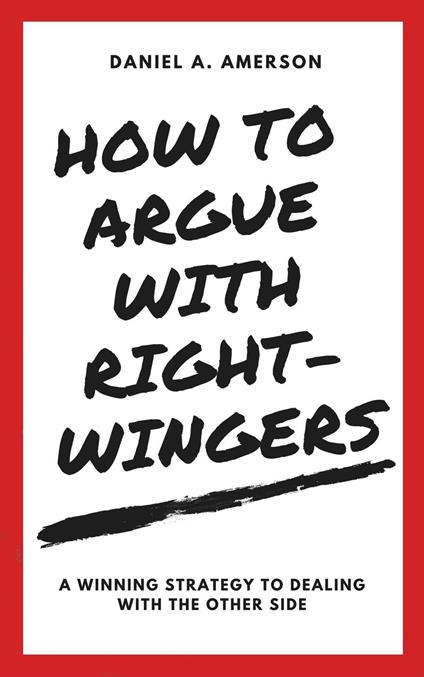 
An Intimate Study of the Right "Why are right-wingers getting in the way of progress?" "Why can't the 'right' just shut up and get with the times?" "Why are right-wingers so certain of themselves?" "If the right-wingers had never existed, then the world would be such a great place." If you've ever held similar thoughts to the ones above, then 'How to Argue with Right-Wingers' is the right book for you! Today only, get the new 'How to Argue With Right Wingers'. Read on your PC, Mac, smart phone, tablet, etc. In this mini-book, Daniel A. Amerson offers an unconventional approach to dealing with people you disagree. This book is not about airing our political grievances, but rather a reference guide to having meaning discussions with people we disagree with. These techniques are most useful in one-on-one discussions (i.e. not during televised debates) and whenever the other person is intellectually honest. This book includes conversational tactics such as: - Why you don't know how to properly deal with right-wingers, and why you'll likely never learn - What a 20th century psychologist can tell us about having useful discussions - Why both parties can claim to be 'the party of facts and statistics' - Why you don't know how to argue persuasively, and what to do about it - How to never 'trigger' the right-wingers' defenses (and keep them relatively rational) - Six common sticking points in your discussions with right-wingers - An offer you can't refuse Can you honestly say that you can do all those things? If yes, show this to a friend. If not, then... Download your copy today! Don't leave your political future to chance! Take action today and download this book!
Leggi di più Leggi di meno