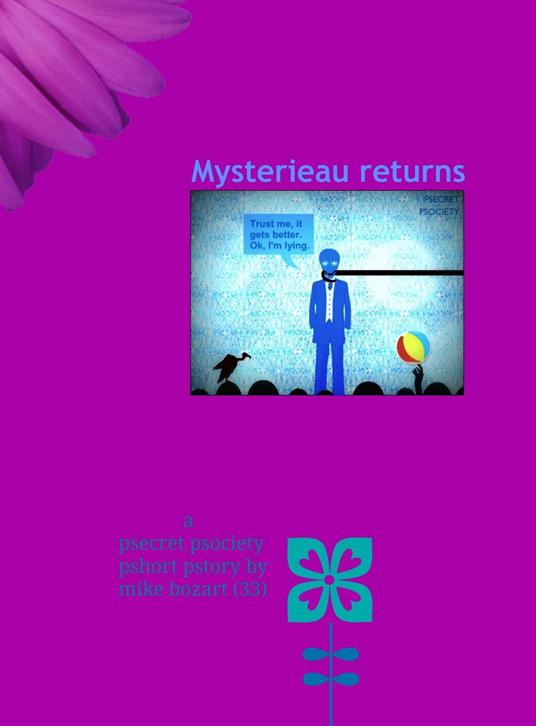 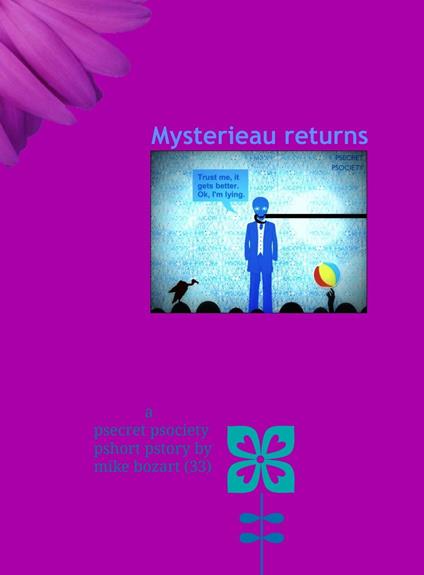 
[from the story's opening] Mysterieau – that borderline surrealist, that oddly intriguing raconteur, that all-laughter-barred comedian, that strangely lame magician – returned to the stage after pumping facebook for some new material ideas. (This is the same character featured in the novella Mysterieau of San Francisco.) He had left his purple outfit in San Francisco, and thus decided to make his bluer-than-blue debut. It was a one-nighter in Carson City, Nevada at a tiny, third-rate casino that was once a gas station (and still smelled like it). The hands-free, high-flying-in-place, skull-masked one took the low stage at 11:11 PM on a hot Thursday night, following a strange act that involved cactus ingestion. Mysterieau goes on to recount an overheard conversation at Centraal Station in Amsterdam (Netherlands). Later, he tantalizes the audience with a math paradox. A large man in a cowboy hat calls his bluff. But, the costumed one turns the tables yet again. Another one in the psecret psociety pshort pstory pseries. Approximately 1800 words.
Leggi di più Leggi di meno