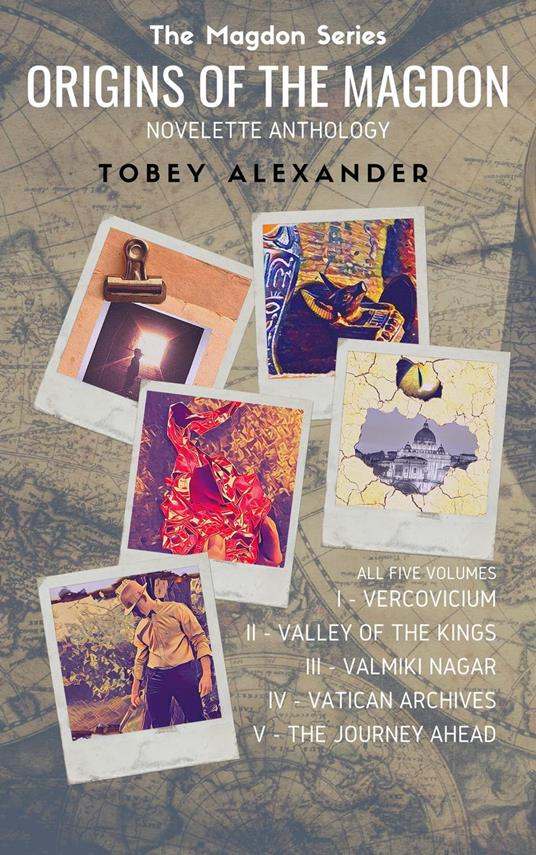 Origins Of The Magdon: Anthology Collection Of Adventure Novelettes 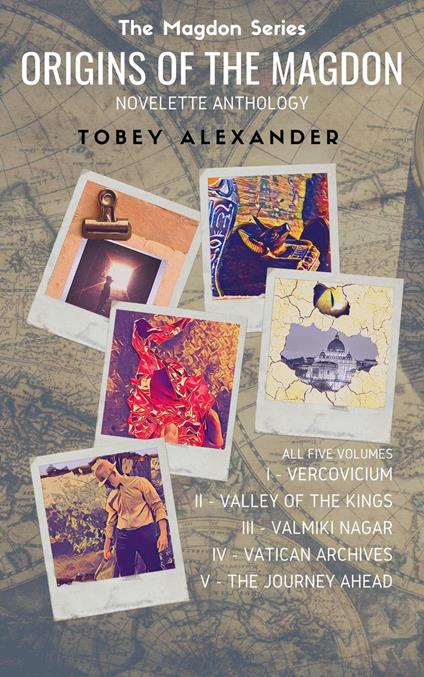 
The Magdon Series, now forming a growing adventure novel series, was all born from the ORIGINS OF THE MAGDON series. This anthology brings together all five of the Origins novelettes in one fantastic edition. Complete with new elements and a chance to sample the first in the growing series of novels INTO THE DARK you can find where Archy's legacy began. Spanning adventures through the life of Archibald Barney Skevington we first join him at Hadrian's Wall in 1911 as a sixteen-year-old boy. An accidental discovery in a cave beneath Vercovicium at Bardon Mill sets Archy on a path that will change the course of his entire life. The accompanying stories chart key events in Archy's like that lead him to face a beast far beyond anything we have seen before. Five "episodes" of adventure await in a thrilling and punchy historical adventure that cleverly mixes fact and fiction. Prepare to enter a world of secret cults, hidden monsters and all this born from a teenager's curiosity. Trust your imagination to the hands of Tobey Alexander and feel yourself thrust into a new world. Dare to walk along forgotten paths as they lead to a world of adventure. Book 1 "Vercovicium" takes place at Hadrian's Wall, Summer 1911. Archy is given the chance to spend his summer at the excavation of a Roman Fort called Vercovicium. One fateful day Archy stumbles across a buried tomb. Braving the dark Archy sets off in exploration and discovers a long forgotten part of history. The events of that summer open a new adventure to Archy that will change him forever. Book 2 "Valley Of The Kings" three years have passed since the events at Vercovicium. Archy has enrolled in studies at King's College London. One day a telegram arrives inviting Archy to attend the Valley Of The Kings in Egypt. Something has been found in the tomb of an ancient King, and Archy could hold the key to its origins. Fuelled by curiosity Archy embarks on his next step along the dark path in search of The Magdon.
Leggi di più Leggi di meno