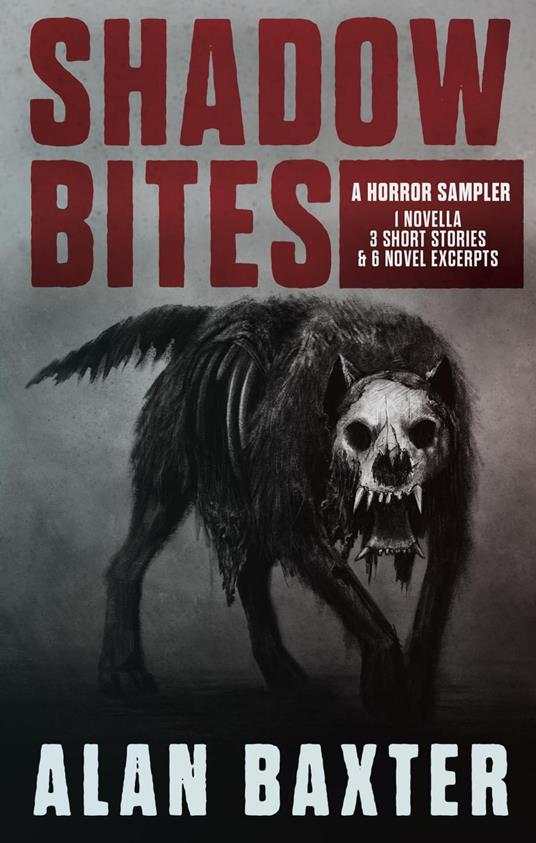 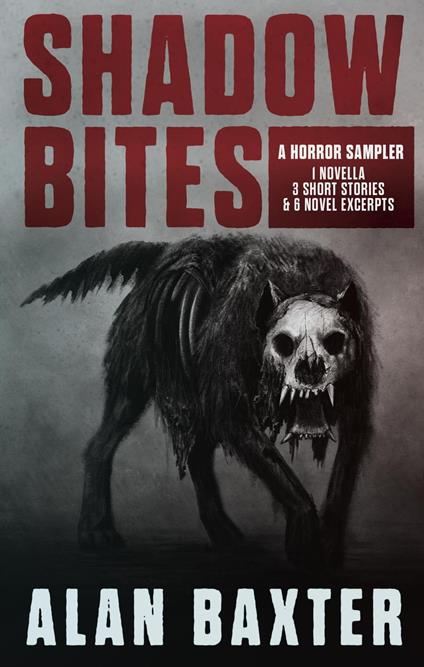 
A SAMPLER OF ALAN BAXTER'S DARK FICTION Horror, crime, and dark fantasy. Enjoy four spine-chilling stories from the pen of Australia's award-winning master of literary darkness, along with the chance to sample six of his longer works. Featuring one full novella ("Out On A Rim" from The Gulp), three entire short stories ("Crow Shine" from Crow Shine, "Simulacrum of Hope" from Served Cold, and "The Normandy Curse"), plus the opening chapters of six longer books: Devouring Dark (a powerful tale of crime and death), Hidden City (When the city is sick, everyone suffers), Bound (Alex Caine, a fighter by trade, is drawn into a world he never knew existed), Manifest Recall (Following a psychotic break, Eli Carver finds himself on the run, behind the wheel of a car that's not his own, in the company of a terrified woman he doesn't know), Primordial (Sometimes, the legends are true), and Blood Codex (An ancient order. A deadly conspiracy. A race against time). "Alan Baxter is Australia's master of literary darkness." – This Is Horror "…if Stephen King and Jim Butcher ever had a love child then it would be Alan Baxter." – Smash Dragons "Alan Baxter can take horror from gonzo to heartbreaking in an instant. Good stuff… Alan Baxter can write like a m***********." – Gail Simone, best-selling author of DC's Birds of Prey, Wonder Woman, and more "Alan Baxter is an accomplished storyteller who ably evokes magic and menace." – Laird Barron, author of Swift to Chase "Baxter delivers the horror goods." – Paul Tremblay, author of A Head Full of Ghosts and The Cabin at the End of the World "Alan Baxter is one of the best horror writers in the business." – Kealan Patrick Burke, Bram Stoker Award-winning author of The Turtle Boy, Kin, and Sour Candy "Step into the ring with Alan Baxter, I dare you. He writes with the grace, precision, and swift brutality of a prizefighter.
Leggi di più Leggi di meno