A Survivor's Recollections of the Whitman Massacre 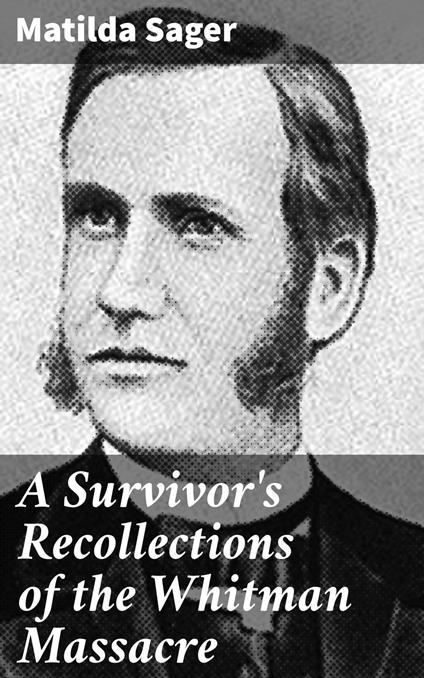 
" A Survivor's Recollections of the Whitman Massacre" is a memoir of a pioneer woman, Matilda Sager. The story is a good historical read revealing the author's experience when the 1847 massacre occurred. She was only eight at that time when her adoptive parents, the missionary Dr. Marcus Whitman and his wife along with her two brothers were murdered. Excerpt: "In the spring of 1844, we started to make the journey across the plains with ox teams. I was born in 1839, October 16th, near St. Joseph, Mo., which was a very small town on the extreme frontier, right on the Missouri River, with just a few houses. My father's name was Henry Sager. He moved from Virginia to Ohio, then to Indiana and from there to Missouri. My mother's name was Naomi Carney-Sager. In the month of April, 1844, my father got the Oregon fever and we started West for the Oregon Territory. Our teams were oxen and for the start we went to Independence, the rendezvous where the companies were made up to come across the plains. There were six children then—one was born on the journey, making seven in all."
Leggi di più Leggi di meno