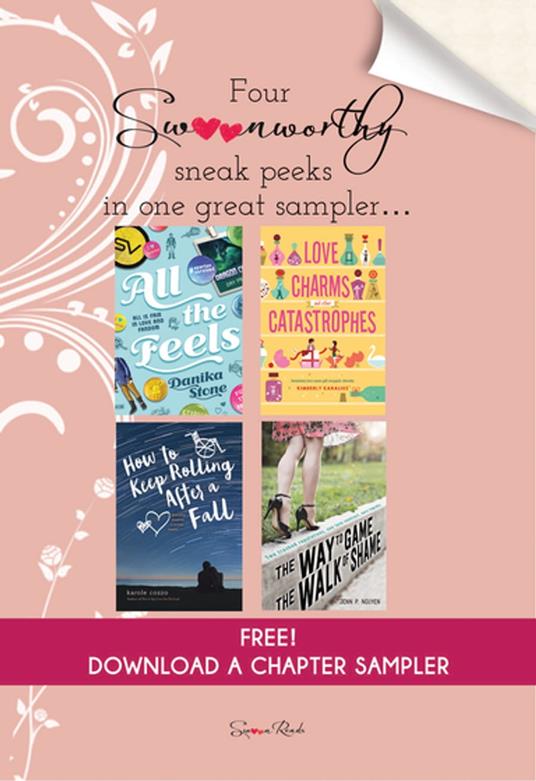 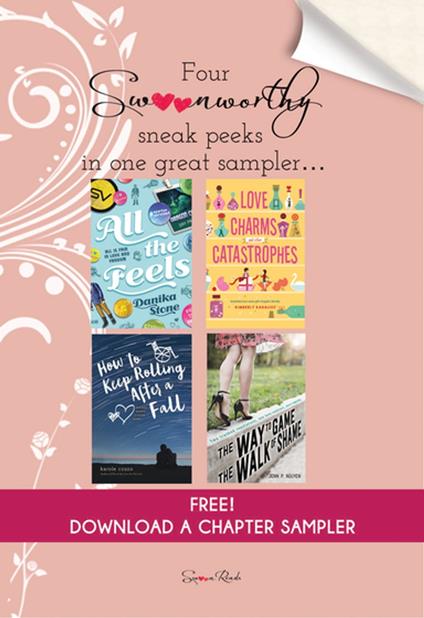 
Download the first chapters of FOUR new books chosen by the hottest new community of young adult readers and writers at Swoon Reads. About ALL THE FEELS College freshman Liv is more than just a fangirl: The Starveil movies are her life...and her last tangible connection to her deceased father. Thus, when her favorite character, Captain Matt Spartan, is killed off at the end of the last movie, Liv Just. Can't. Deal. Tired of sitting in her room sobbing, Liv decides to launch an online campaign to bring her beloved hero back to life. With the help of her best friend, Xander, actor and steampunk cosplayer extraordinaire, she creates #SpartanSurvived, a call that ignites the fandom. But as her online life succeeds beyond her wildest dreams, Liv is forced to balance that with the pressures of school, her (mostly nonexistent and entirely traumatic) romantic life, and her disapproving mother's new boyfriend. A trip to DragonCon with Xander might be exactly what she needs to get away from it all... and figure out what (and who!) she really wants. About HOW TO KEEP ROLLING AFTER A FALL The party was at her house. The photos were posted to her Facebook account. That's all the evidence anyone needed to condemn Nikki Baylor for a cyberbullying incident that humiliated a classmate and nearly resulted in the girl's suicide. Now Nikki's been expelled from her old school, her friends have abandoned her, and even her own parents can't look her in the eye. With her plans for the future all but destroyed, Nikki resigns herself to being the girl everyone hates - almost as much as she hates herself. But then Nikki meets Pax, a spirited wheelchair rugby player who knows what it's like when one mistake completely shatters your life. Refusing to judge her because of her past, he shows her that everyone deserves a second chance... and everyone deserves to be loved.
Leggi di più Leggi di meno