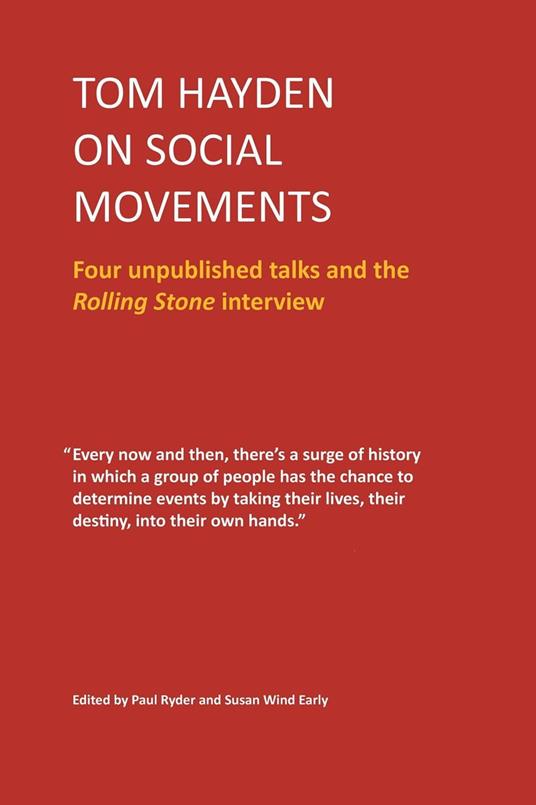 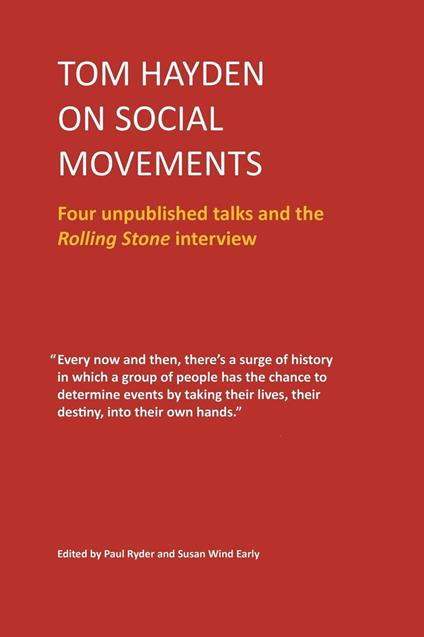 
"Every now and then, there's a surge of history in which a group of people has the chance to determine events by taking their lives, their destiny, into their own hands." Tom Hayden was a central figure in the Vietnam War peace movement of the 1960s and 1970s. He shows what social movements look like from the inside. He spells out why they are intense, complex, exhilarating -- and powerful enough to make history. These four unpublished talks and the Rolling Stone interview were all given by Tom Hayden from 1972 to 1977, while he was still in his thirties and events of that time were still unfolding. This book is full of ideas.
Leggi di più Leggi di meno