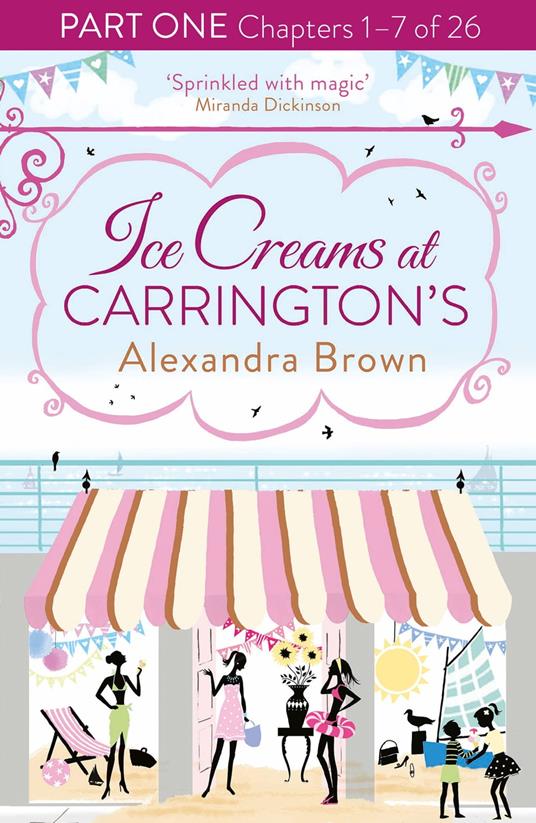 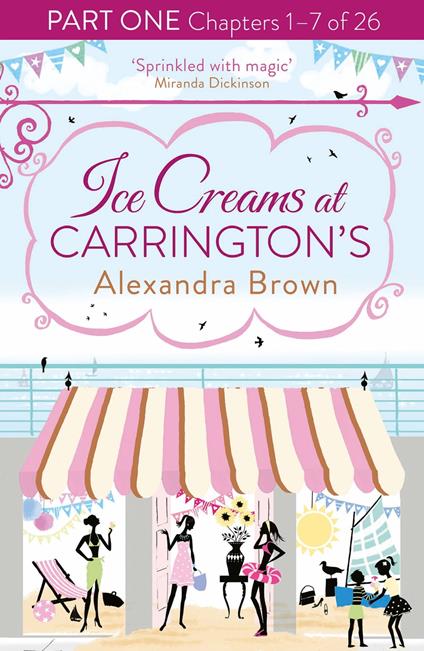 
The third book in the delightful series, set in Carrington’s Department Store. Alexandra Brown’s new novel, Ice Creams at Carrington’s, has been serialized into 4 parts – this is PART 1 OF 4 (Chapters 1 to 7 of 26). *The first three parts of Ice Creams at Carrington’s are being released every few days from 22nd May 2014, before the full novel is published. The final part will be released on 5th June 2014, when the full novel will also be available to buy in ebook and paperback* Georgie Hart and Carrington’s Department Store have got the world at their feet. Since a reality TV series put them both on the map, life has been amazing! Carrington’s profits are in the pink, Georgie has carved herself a place in the nation’s heart and even better, her romance with Tom, the store’s boss, has finally blossomed after a shaky start. Now summertime has come to Mulberry-on-Sea and Georgie is in great demand. The town is holding a big summer festival and she and her mates from Carrington’s are planning on making sure that Mulberry puts on the show of its life! But Georgie is about to get the offer of a lifetime – one that is just too good to turn down and something that will test her loyalties to their limits… Will Georgie be able to pull off it off once again, or has her luck finally run out?
Leggi di più Leggi di meno