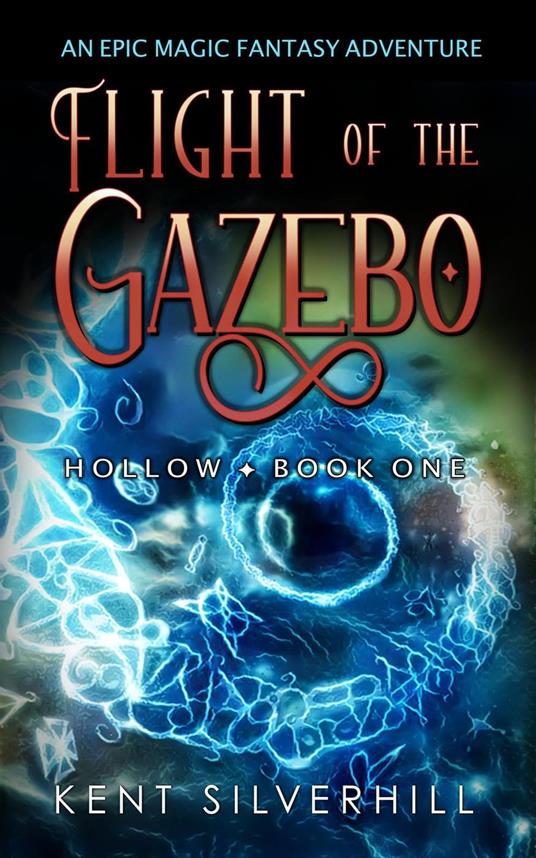 Flight of the Gazebo 
Drome isn't paranoid. The whole world really is out to get him. But that world isn't Earth. It's a weird hollow world that his entire village ends up inside after a thaumaturgic accident. To make matters worse, upon arrival Drome gets taken hostage by a pair of scheming imperial courtiers who mistakenly believe he holds the key to riches beyond imagination. Drome escapes into the palace's sewers, and would still be there if he hadn't bumped into a living skeleton who leads him out. That fractious relationship reaches breaking point when the fleeing pair are shot at by crossbow-wielding guards, get captured by pirates, and attacked by a posse of murderous hunters. And that's just for starters. With a host of hostiles after them, finding Drome's village won't be easy, seeing as he's not even sure where it is. But he needs to return and warn the villagers of the troops on their way to wipe out every last one of them. That's if the guards, the pirates or the hunters - oh, and the wizard Drome upset - don't kill him and his companion first. If you like Terry Pratchett, Douglas Adams, and Joe Abercrombie, you won't be able to put down the compulsively addictive Hollow series.
Leggi di più Leggi di meno