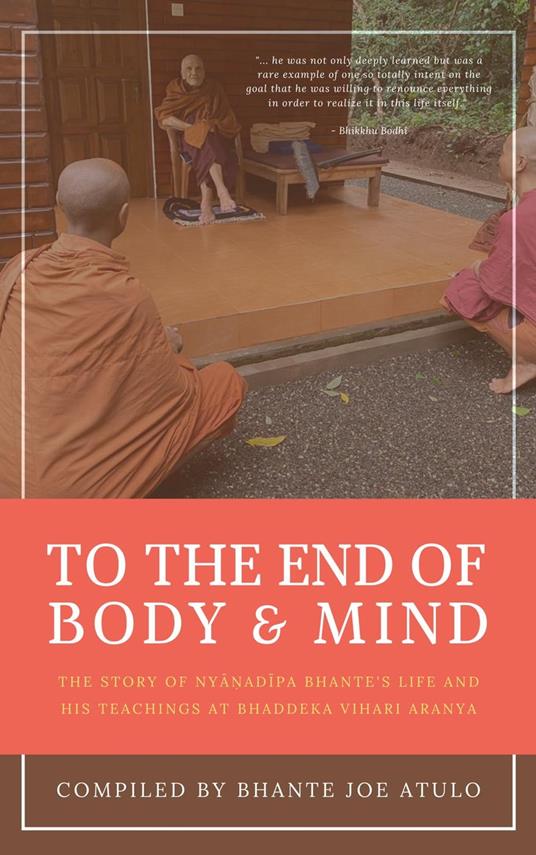 To the End of Body and Mind 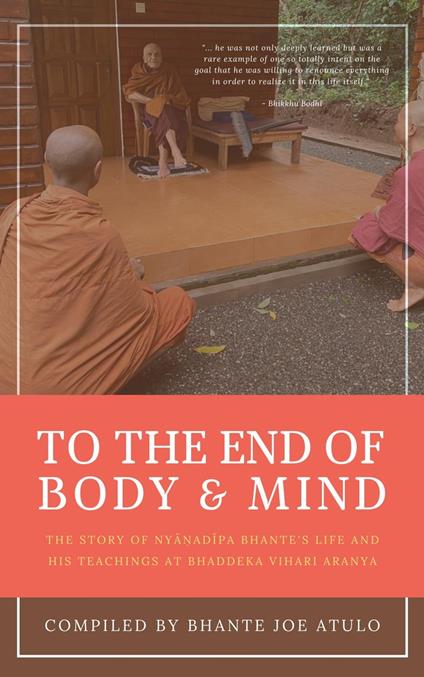 
In his 49 years in the monkhood, Nyanadipa Bhante pioneered an exemplary monastic lifestyle. It was a lifestyle focused on living in solitary ku?is, deep in the Sri Lankan forest. He was peerless in his solitary lifestyle among contemporary monks. He had an unmatched depth of experience dwelling in the deep forest. His knowledge of the practical and theoretical aspects of the Dhamma was profound. For these reasons — and more — he became an elusive legend. In January 2020, Nya?adipa Bhante came to stay at Bhaddeka Vihari Aranya, a monastery in central Sri Lanka. He was feeling in good health and was open to discussing the Dhamma. He left the monastery and returned a month later with the news that he had less than a year to live. Despite this prognosis, he continued to offer weekly Dhamma discussions. For the monks and laypeople who attended, it harkened back to the time of the Buddha. They sat at the feet of a great teacher, learning the Dhamma in the seclusion of the forest. Even as his health declined, Bhante continued to teach. His Dhamma discussions spanned about six months in total. This book is a compilation of the teachings Bhante gave. He also spoke at length about his life; a biography is woven together with his teachings. May his Dhamma teachings and life story bring spiritual benefits to the reader. And may the reader feel a taste of the inspiration felt by those who sat in the presence of one of Sri Lanka's great monks of the modern age.
Leggi di più Leggi di meno