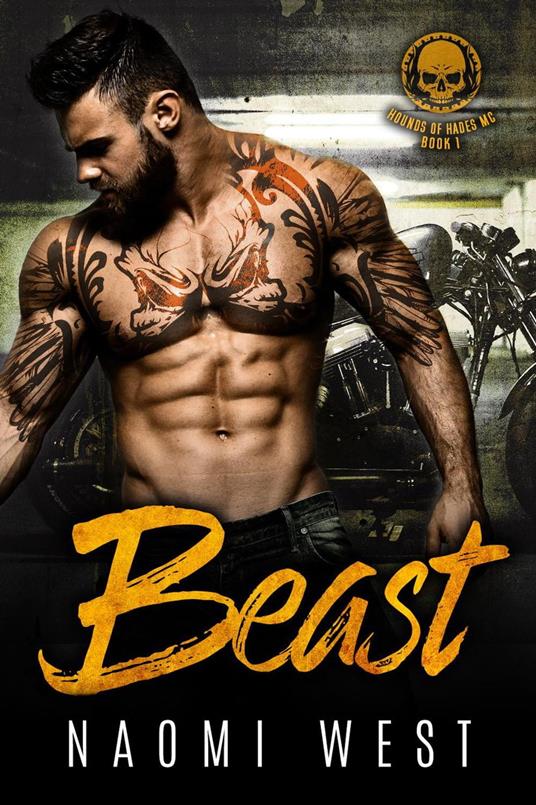 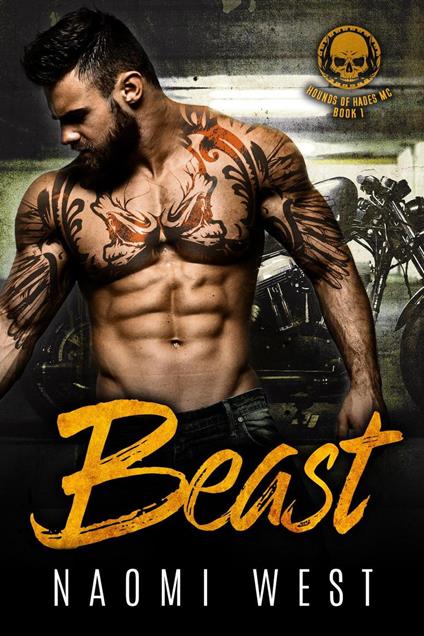 
Beast is book 1 of the Hounds of Hades MC trilogy. Books 2 and 3, Beast and Brawn and Beast and Baby are available everywhere now! **He ripped me apart like a savage beast. The bad boy biker came to the auto shop to fix things up.. Then he came to my bedroom to break me down. But when someone I trusted turns out to be a monster, I have no other choice: I have to beg the outlaw to protect me. JESSI** Rip is an engine, a dynamo, loud and dirty and aggressive as hell. And just like the bikes he loves, he's dying to tear me apart. Piece by piece, bit by bit, he's going to dismantle me – just for his own savage pleasure. But when he's done… He sure as hell isn't going to be the one to put me back together. It's not just my body that's falling apart under the biker's touch, either. My dreams for the future are crumbling to dust at the same time. I thought a college education would be my ticket to the big time. Fame, fortune, the whole nine yards. But it turns out Rip isn't the only beast who's hungering for a bite of me. There's far worse out there, hiding their cruel vices behind friendly faces. And all of them -all of these animals – want one thing and one thing only: To shove me down onto my knees and make me their property. RIP She was a pretty little peach… And she f**king hated my guts from the second I walked in her daddy's chop shop. That only made me laugh. I love a good challenge. And even though she's far from my first vicious conquest… This little vixen will be the most fun yet. Go ahead and resist, I tell her. We'll see how long you last. But then something happened that I never anticipated. Jessi begged me for my help. There's someone else who thinks they can lay their hands on my woman. Hell f**king no. I don't share; I don't play nice. And if this creepy son of a b!tch plans on touching so much as a hair on her head… I'll rally every damn brother in my motorcycle club and we'll bring burning hellfire to his doorstep.
Leggi di più Leggi di meno