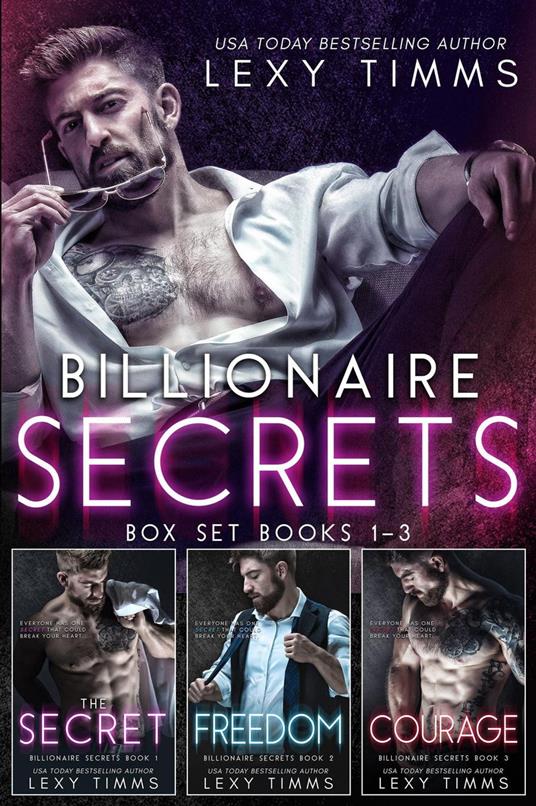 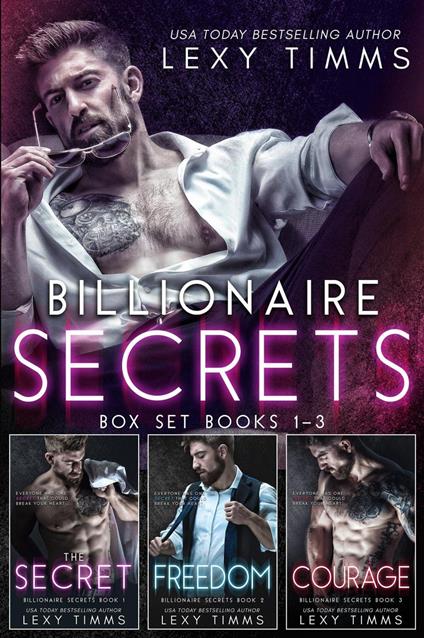 
USA Today Bestselling Author, Lexy Timms, brings you a billionaire with a past he pretends didn't exist and a private life he doesn't want to share with anyone—except with the one girl from his past that doesn't remember him. The Box set includes Bks #1-3 The SECRET of happiness is FREEDOM. The secret of freedom is COURAGE. The reason people find it so hard to be happy is that they always see the past as better than what is was and the present worse than it actually is. Book 1 Billionaire CEO, SIMON DIESEL, owns one of the largest companies in the U.S. Little is known about him—he keeps his personal life out of the media despite their efforts to try to find out who the single, handsome billionaire is. He graduated out of Stanford with top honors, and while there invested in an online company that turned into a fortune. No one knows he was just a regular kid growing up and got into Stanford on a scholarship. He's determined to prove to himself that he can do it. He never expected that the girl he lost his virginity to would show up in his office, looking for a job. He also never anticipated that she wouldn't remember him. Now he has to hire her, just to prove he's the same kid from high school—just a whole lot richer. Book 2 SIMON DIESEL, self-made billionaire doesn't give up. That determination helped him make his money. It also pushed him to be the best, to win and to also except defeat. If you never lose, how will you know you're best? Except now the stakes are much higher than a few million dollars. Simon's willing to risk his heart over Heather—the one person who says she's not interested in him. He's got to somehow convince the girl he lost his virginity to years ago, that he's the perfect guy for her. Can he free his heart? Can the secrets they've kept be pushed aside. Will they find happiness? Book 3 SIMON DIESEL, billionaire extraordinaire, is being played. Either by the woman he's hopelessly in love with, or by someone he trusts.
Leggi di più Leggi di meno