The Boy Who Fell from the Sky 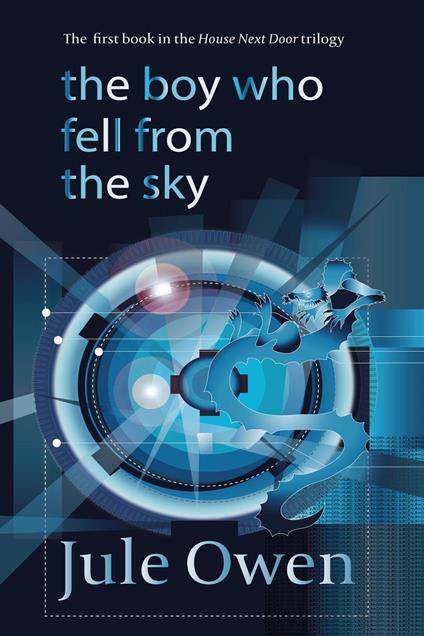 
The Boy Who Fell from the Sky is the first of a mind-twisting new YA dystopian series. The world is falling apart in 2055. Floods have devastated London on the eve of the First Space War. With the city locked down, sixteen-year-old Mathew Erlang is confined to his house with only his cat, his robot and his holographic dragons for company. Desperate for a distraction from the chaos around him, Mathew becomes fascinated by his peculiar and reclusive neighbour, August Lestrange. Mathew begins to investigate Mr. Lestrange, turning to the virtual world of the Nexus and Blackweb for answers. But as he digs deeper, Mathew realises that Mr. Lestrange doesn’t seem quite human. When Mathew accidentally finds himself trapped in Lestrange’s house, he opens a door and falls four hundred years into the future. Unwittingly, he starts to destabilise the course of human history. A 1984 for a new generation, The Boy Who Fell from the Sky delves into a future where climate change and technology have transformed the world. It is the first book in The House Next Door trilogy, a young adult dystopian science fiction action adventure.
Leggi di più Leggi di meno