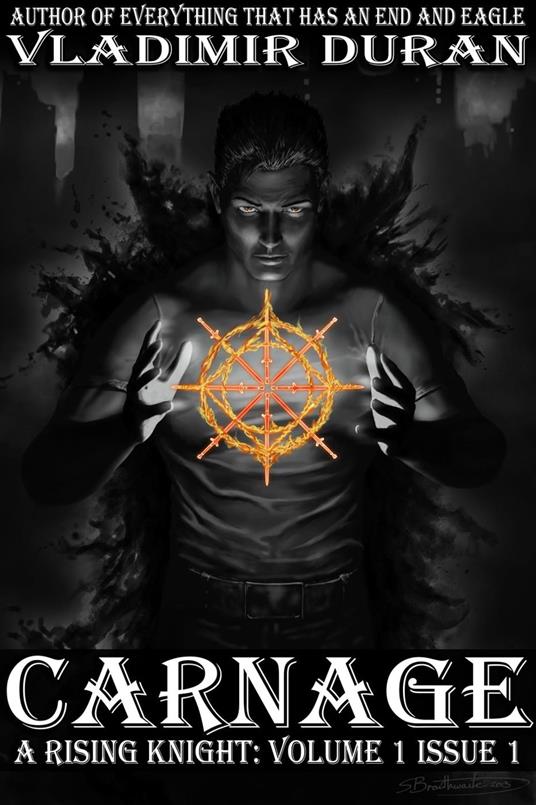 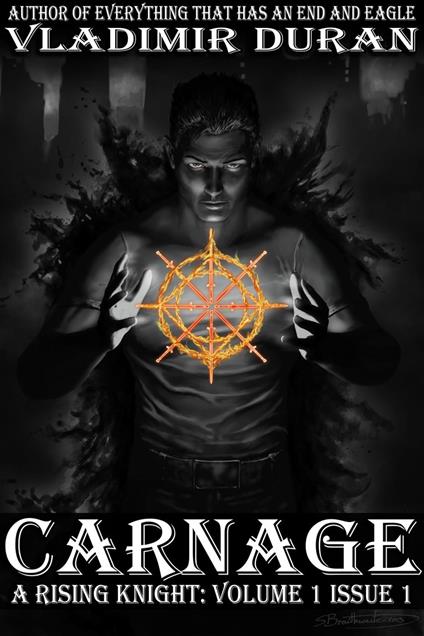 
A legend is made the moment you deiced the cost is worth the journey. The moment you decided your life is worth fighting for, bleeding for, and killing for. This is the moment Vlad will choose between murderer or victim. This is the moment the legend of the Wraith begins. Could you live with the choice? Excerpt Thumbing the MP3 to shuffle, the Knight leapt from the girder. Johnny Cash's weighty gravel spoke into his ear. And I heard as it were a noise of thunder. Fire bloomed all around the commander and her group. Not hot enough to burn through their shields. Just enough to mess with night vision and mark their position for the other groups. Before any of them could react, he was there, among them, close enough to smell the stink of sudden terror that rose off their bodies. The light haired commander was his target. Take her out and the rest would be slow to change tactics, too slow. While she was still trying to draw her sword or fire a spell to hold him off, the Knight put his hand on the small woman's chest. A single cord of air broke past her shield and expanded in her heart. The mass of muscle and blood exploded. He was moving before she knew she was dead. There's a man goin' 'round takin' names. Breaking right he slipped through the remaining Hunters of the commander's group. They were still trying to react to his attack. To his eyes the four soldiers moved as if in slow motion. The other groups reacted faster. The Knight got out of range a split second before they were torn apart by bolts of lightning, balls of fire and bars of light. The music did not cover the sound of their screams. The hairs on your arm will stand up.
Leggi di più Leggi di meno