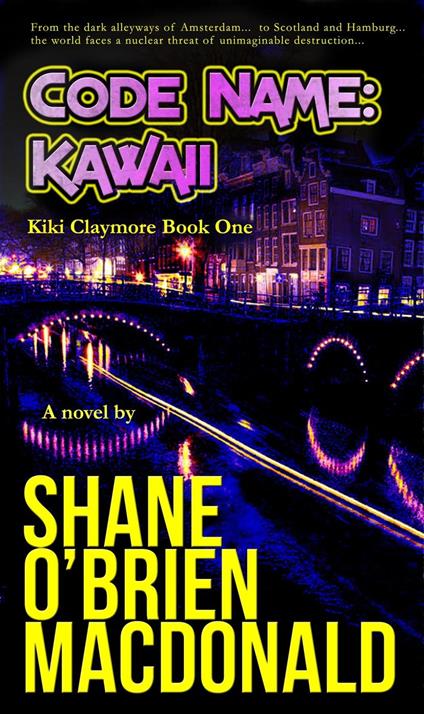 
Kiki Claymore never asked to be recruited into a top-secret group of female spies. But when espionage runs in your family, it's only a matter of time... The women of Task Force Ten aren't happy about their newest recruit, Kiki Claymore. She doesn't like taking orders, is terrible with a gun, and probably got the job through her family. Worse, a mole is relaying their every move to a group of international terrorists. Kiki feels in over her head, and wants to quit. But it turns out her instincts are better than she thinks. While the rest of Task Force Ten plays it safe, she dives into the middle of the action. A great idea. Until she ends up an accomplice to terrorist thugs. Ready to unleash a nuclear holocaust over Europe. Romance, conspiracy and international intrigue have a new name… and that name is Kiki Claymore. Don’t miss any of her thrilling adventures in the enigmatic world of global espionage! From Inside The Novel... Digby waved the remote. “Let the arm go around you.” Kiki shot him a suspicious look, but she still nodded. The robot stretched its arm over. Then it positioned its body to lie beside her. It felt like an awkward date in high school. “Hey baby,” came the robotic voice. “Why don’t we spoon?” Kiki burst out laughing. “What’s so funny?” asked Digby. He wasn’t amused. “Yeah, baby, what’s so funny?” said the robot. Kiki laughed even harder. “This is the most significant advance in mankind’s history. It is the result of years... no, decades of hard work. It has not been perfected just for you to get the giggle fits.” Kiki calmed down. “Okay, are you serious about this? What the hell is it? I thought robots were used to build cars and microwaves.” Digby stood up. He looked like he was about to give a speech. “This is the world’s first robotic sexual harassment simulator.” Kiki rolled her eyes. “It’s a sex robot. Built by nerds in Japan. Who are afraid to talk to women.” “It’s a simulator.
Leggi di più Leggi di meno