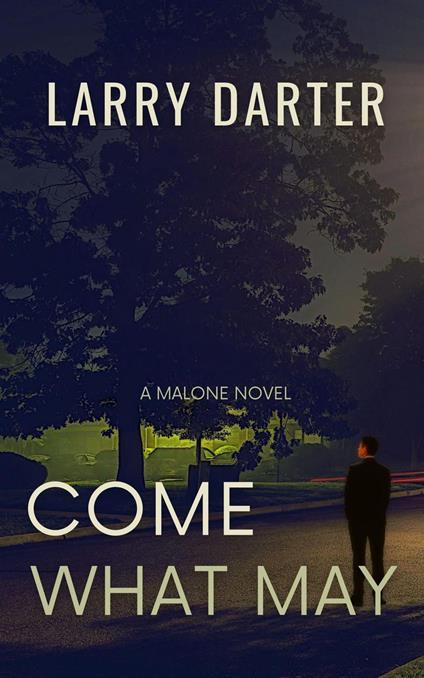 
A tale of deceit, betrayal, dark choices, and murder that reviewers describe as "gripping," "full of suspense and thrills," and "hard to put down." Inspired by a shocking true story, Come What May, the debut book in the Malone private investigator detective mystery series, is a high-stakes thrill ride through the gritty underbelly of the City of Angels and a look at the darker side of human nature. Ben Malone is a veteran Los Angeles Police detective with a bright future ahead of him. Or so he thought until he is caught up in a run of bad luck and his life starts falling apart. The worst of it, his unfortunate entanglement in a spate of fatal on-duty shootings at a time when activists are protesting the use of deadly force by police and rioting all over the country. On edge and questioning his judgment, Malone's LAPD superiors speculate that he may be too quick to use deadly force. Relieved from street duty, Malone is sequestered in Robbery-Homicide Division's Cold Case Homicide Section to keep him under wraps while he undergoes department-mandated psychiatric evaluation. His work-related problems compounded by a vindictive ex-wife intent on bleeding him dry financially sends Malone into a spiral of depression that soon has him drinking too much in the attempt to cope. Initially resentful over his reassignment to the cold case section, Malone's attitude starts to change when he and new partner, Detective Jaime Reyes, come across the files of a cold as ice, 23-year-old unsolved murder case. The more they study the case, the more certain they become that the theory pursued by the original investigators was completely wrong. Since the decades-old murder does not fit the unit's criteria for reopening a cold case for active investigation, Malone and Reyes embark on an "off-the-books" investigation. Predictably, that creates some problems, especially for Malone.
Leggi di più Leggi di meno