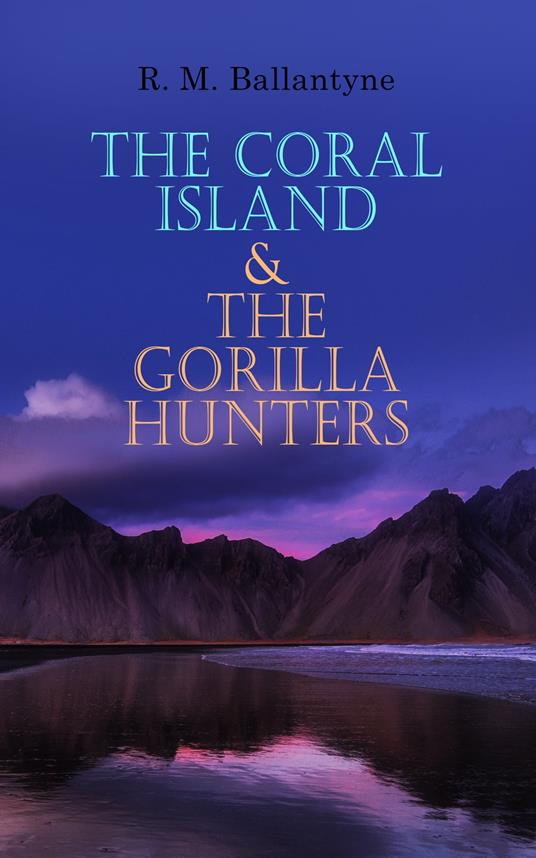 The Coral Island & The Gorilla Hunters 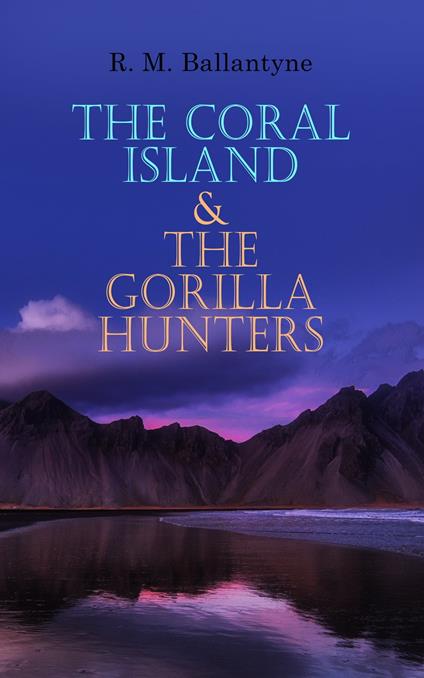 
"The Coral Island: A Tale of the Pacific Ocean" relates the adventures of three boys marooned on a South Pacific island. The story is told from the perspective of 15-year-old Ralph Rover, one of three boys shipwrecked on the coral reef of a large but uninhabited Polynesian island. Ralph and his two companions – 18-year-old Jack Martin and 13-year-old Peterkin Gay – are the sole survivors of the shipwreck. At first, boys have to manage how to feed themselves, what to drink, and how the resolve clothing and shelter, coping with having to rely on their own resources. As the boys adopt to the situation, they start dealing with new difficulties, such as conflicting with pirates, fighting with native Polynesians, and dealing with Christian missionaries and their conversion efforts. "The Gorilla Hunters: A Tale of the Wilds of Africa" is a sequel to The Coral Island set in "darkest Africa", and it follows the further adventures of Ralph Rover, Peterkin Gay and Jack Martin. After their adventures in the South Sea Islands, Jack, Ralph, and Peterkin go their separate ways. Six years later, Ralph, living on his father's inheritance on England's west coast and occupying himself as a naturalist, is visited by Peterkin, whose "weather-beaten though ruddy countenance" he does not recognise. Peterkin, who has stayed in touch with Jack, has hunted and killed every animal on Earth except for the gorilla and now comes to Ralph to entice him on a new adventure. After Peterkin writes him a letter, Jack joins the two, and they leave for Africa.
Leggi di più Leggi di meno