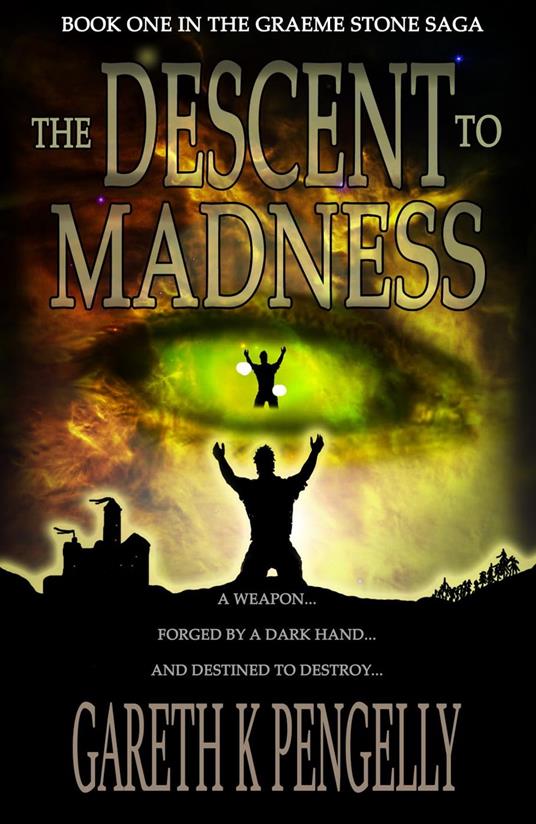 The Descent to Madness 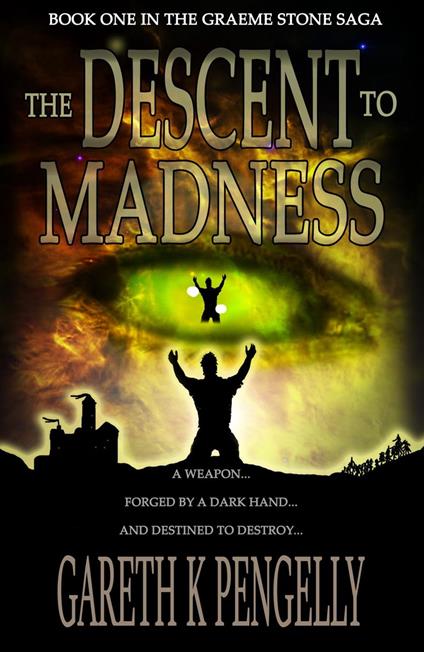 
Across the cosmos, on a far-flung world with no name, the eternal battle between good and evil rages, with the fate of the universe hanging in the balance. On Earth, Graeme Stone lives a downtrodden life, humdrum, mundane. When he's hit by a run of bad luck and haunted by maddening visions, he makes the decision to end it all. But when he does, he doesn't find himself dead... instead, elsewhere. Dragged by cosmic powers to that far-off world of magic, monsters and barbarian slavers, Stone finds himself reborn. With few memories of his previous life, he finds his body growing stronger, faster, with new and mysterious powers manifesting at his beck and call. Caught now, in a cosmic tug-of-war between good and evil, Stone finds himself the lynchpin in the fate of the universe. But when he finally realises the nature of the threat to both his homeworld and the universe as a whole, Stone must make a decision whether to use his newfound powers for what he knows is right... or whether to join the enemy and reap the earthly rewards he was once denied.
Leggi di più Leggi di meno