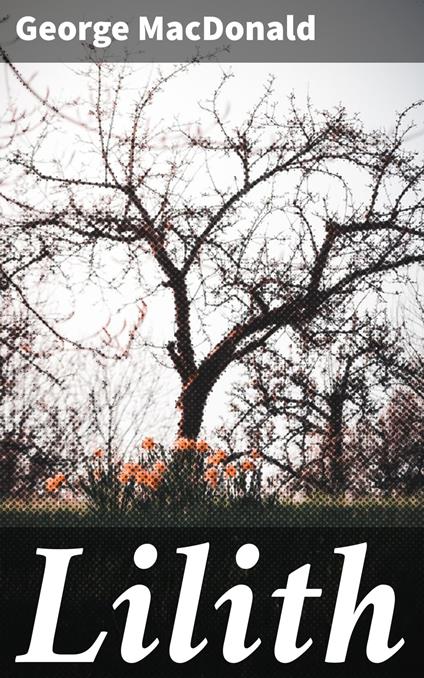 
Lilith is a romance novel by George MacDonald. MacDonald was a Scottish author and poet widely known for his fantasy novels. Excerpt: "Making a circuit of the castle, I came again to the open gates, crossed the ravine-like moat, and found myself in a paved court, planted at regular intervals with towering trees like poplars. In the centre was one taller than the rest, whose branches, near the top, spread a little and gave it some resemblance to a palm. Between their great stems I got glimpses of the palace, which was of a style strange to me, but suggested Indian origin. It was long and low, with lofty towers at the corners, and one huge dome in the middle, rising from the roof to half the height of the towers. The main entrance was in the centre of the front—a low arch that seemed half an ellipse. No one was visible, the doors stood wide open, and I went unchallenged into a large hall, in the form of a longish ellipse. Toward one side stood a cage, in which couched, its head on its paws, a huge leopardess, chained by a steel collar, with its mouth muzzled and its paws muffled. It was white with dark oval spots, and lay staring out of wide-open eyes, with canoe-shaped pupils, and great green irids. It appeared to watch me, but not an eyeball, not a foot, not a whisker moved, and its tail stretched out behind it rigid as an iron bar. I could not tell whether it was a live thing or not."
Leggi di più Leggi di meno