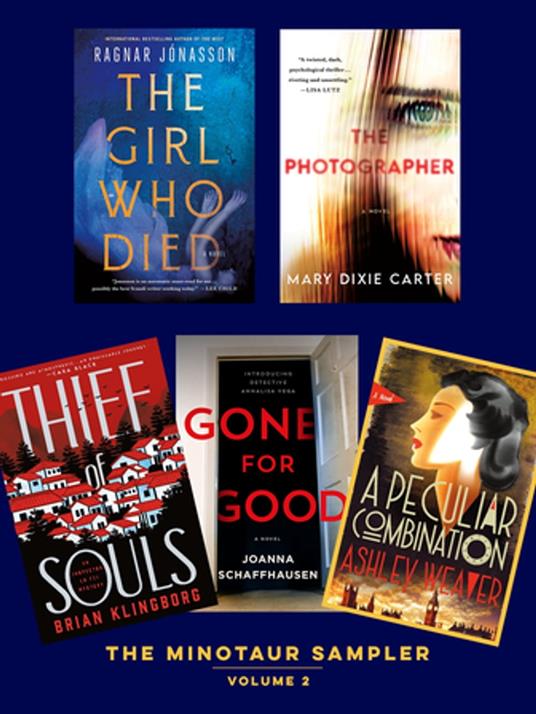 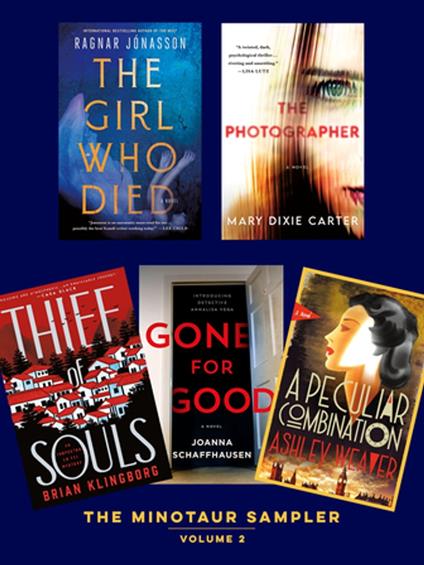 
Looking for a new book that will make your heart race? This free, second edition of The Minotaur Sampler compiles the beginnings of five can't-miss novels--either standalone or first in series--publishing Spring/Summer 2021 for easy sampling. Standalone: Delta Dawn is a photographer for New York City’s elite. Mary Dixie Carter’s debut, The Photographer, is a slyly observed suspenseful story of envy and obsession, told in the mesmerizing, irresistible voice of a character who will make you doubt that see is ever believing. Standalone: From Ragnar Jónasson, the award-winning author of the international bestselling Ari Thór series. A young woman seeks a new start in a secluded village where a small community is desperate to protect its secrets in The Girl Who Died. First in Series: Meet award-winning author Joanna Schaffhausen’s new heroine, Detective Annalisa Vega, in Gone for Good. A cold case is heating up in Chicago, and with an ever-growing sense of déjà vu Annalisa must retrace the killer’s steps to her own childhood. First in Series: From Edgar-nominated author Ashley Weaver comes a historical series debut: A Peculiar Combination. This charming mystery, set in England during World War II, is filled with spies, murder, romance, and wit. Electra McDonnell is a safe cracker, and her latest job doesn’t go at all according to plan. First in Series: Finish with Brian Klingborg’s Thief of Souls. A brutal murder in a rural village in Northern China sends shockwaves all the way to Beijing but seemingly only Inspector Lu Fei, exiled to this tiny town, is interested in finding justice.
Leggi di più Leggi di meno