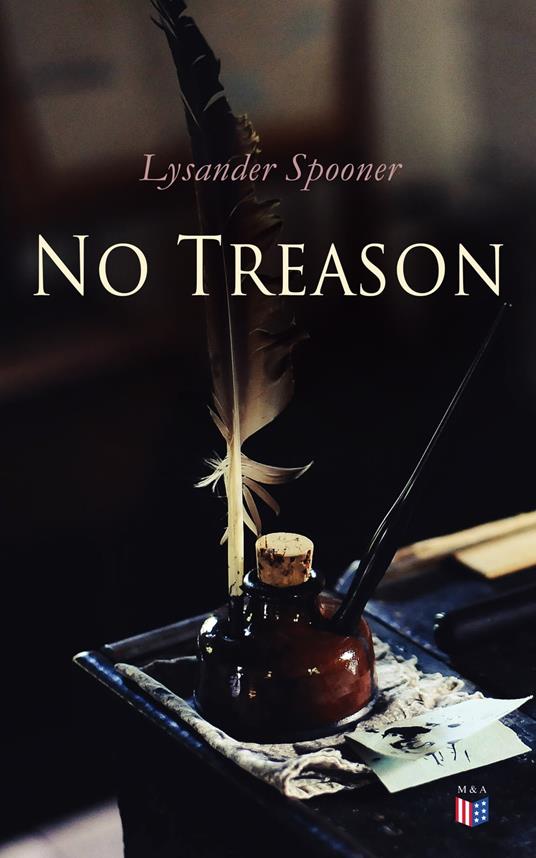 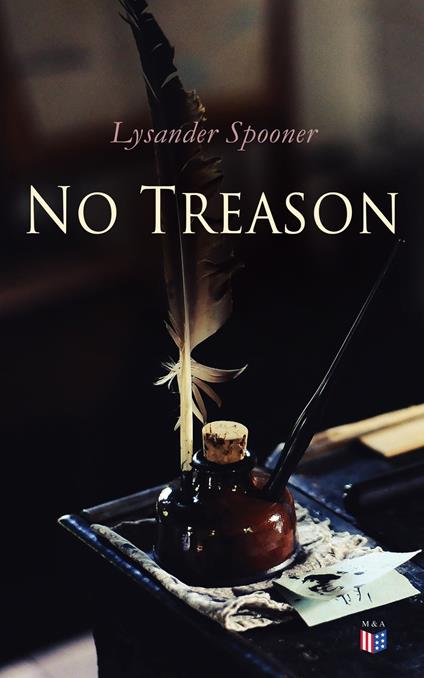 
"No Treason" is a composition of three essays, all written in 1867: No. 1, No. 2: "The Constitution", and No. 6: "The Constitution of no Authority". No essays between No. 2 and No. 6 were ever written or published. A lawyer by training, a strong abolitionist, radical thinker, and anarchist, Spooner wrote these specific pamphlets in order to express his discontent with the state and its legitimizing documents in the United States, the U.S. Constitution. He strongly believed in the idea of natural law, which he also described as "the science of justice," which he defined as "the science of all human rights; of all man's rights of person and property; of all his rights to life, liberty, and the pursuit of happiness".
Leggi di più Leggi di meno