Once Upon a Proposal 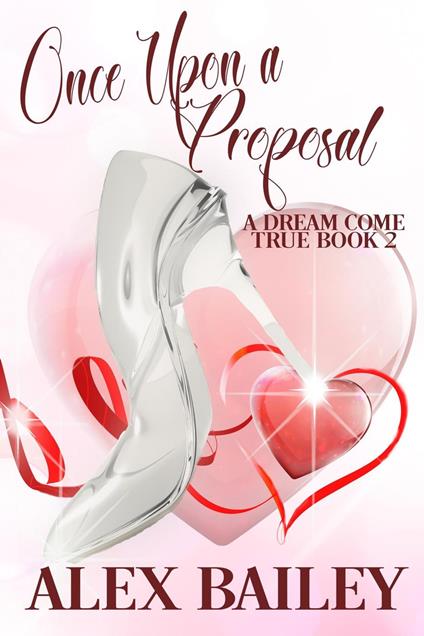 
Ray and Sophie are heading back to "The Most Magical Place on Earth," and this time Ray is bringing their two best friends . . . and a ring! Having found his true love, Ray is over the moon about his perfect plan to ask Sophie for her hand in marriage. He arranges to return to the place they met, Walt Disney World, with their two best friends, Hyun and Carlos. But when Ray's proposal attempts are foiled at every turn, he wonders if the universe is against him. Sophie is concerned about returning to the place that holds so many memories, even though she'd overcome a lot of her issues on her last trip. But when Sophie suspects Ray is going to ask her to marry him, she's confused about her feelings. Ray is her dream come true, but there's a reluctance lurking beneath her love that she can't explain. As the proposal nears, Sophie struggles to discover the source of her hesitation. The last thing she wants to do is hurt the man she loves. Hyun is a huge Disney fan, and even though she had recently been to "The Most Magical Place on Earth," she immediately accepts an invitation to return with her best friend, Sophie. When Sophie reveals her proposal apprehension, Hyun fears for Ray's heart. Hyun will be there for her best friend and hinder Ray's every attempt to propose, all while avoiding Ray's inappropriate best friend, Carlos, the beast. Carlos is almost as big a Disney fan as Hyun, and when he's invited on a trip to Disney World, he's thrilled to discover Hyun, the woman of his dreams, is also going. But when Hyun reveals to him that Sophie isn't ready to accept a proposal, he teams up with Hyun to prevent Ray's heartbreak. Carlos vows to show Hyun a different side of him and win her heart. Will any of their dreams come true?
Leggi di più Leggi di meno