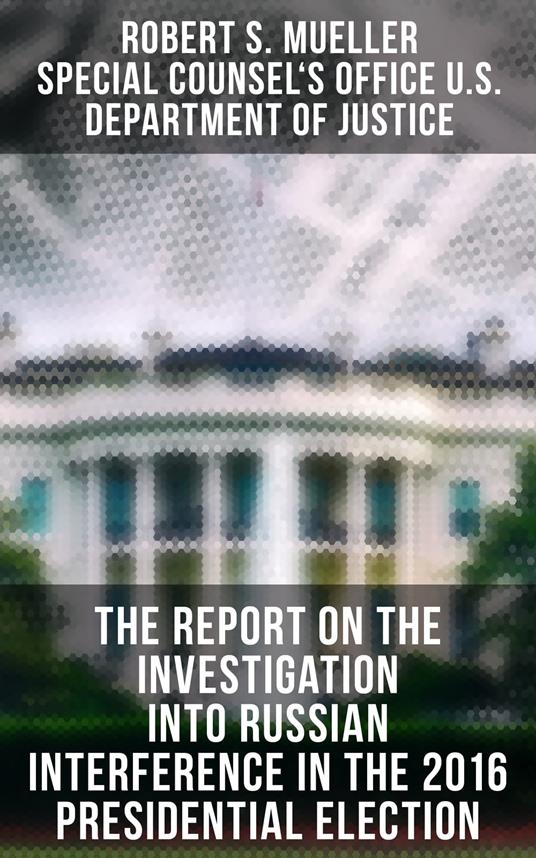 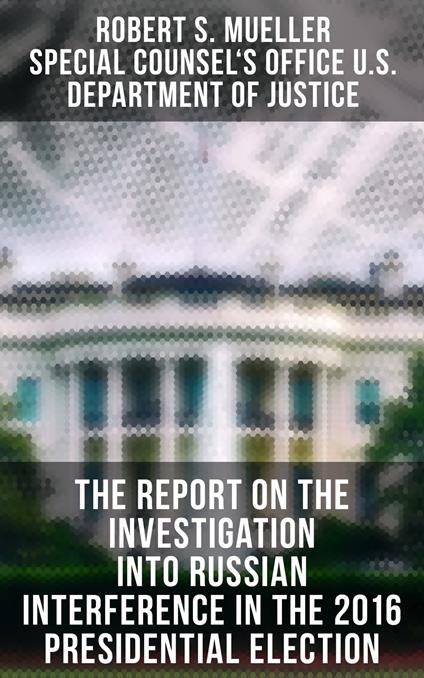 
Musaicum Books presents to you the long awaited Muller Report. The results of Special Counsel Robert Mueller's investigation provide answers to questions that caught the attention of the entire American public. Since the first evidence of Russian interference in the 2016 presidential election came up, the Democratic public has raised suspicion in President Trump's involvement. The special counsel was appointed to examine these allegations and to determine the fact regarding the biggest political scandal in the recent American history. On April 18, 2019, a redacted version of the Muller report was released to Congress and the public. In this report Robert Muller presented his findings regarding the Russian interference interfere in the 2016 United States presidential election, allegations of conspiracy or coordination between Donald Trump's presidential campaign and Russia, and allegations of obstruction of justice. Contents: The Special Counsel's Investigation Russian "Active Measures" Social Media Campaign Russian Hacking and Dumping Operations Russian Government Links to and Contacts With the Trump Campaign Prosecution and Declination Decision Executive Summary to Volume II Background Legal and Evidentiary Principles Factual Results Of The Obstruction Investigation Legal Defenses to the Application of Obstruction-Of-Justice Statutes To The President
Leggi di più Leggi di meno