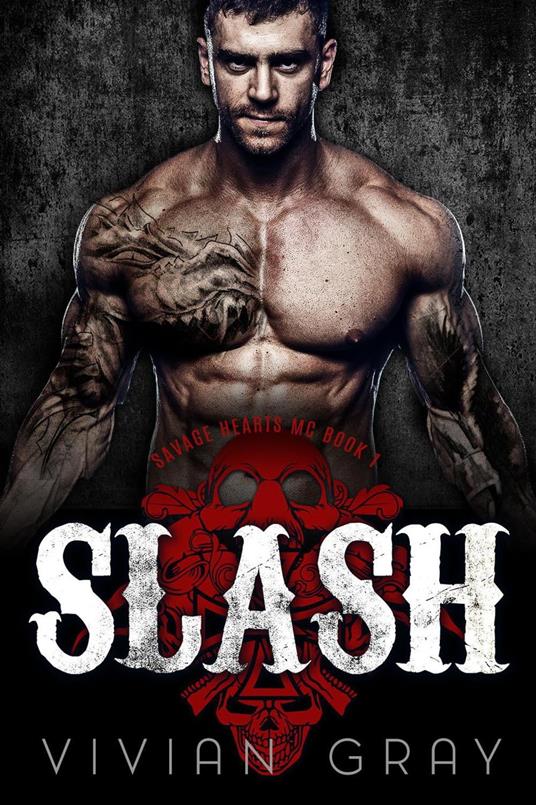 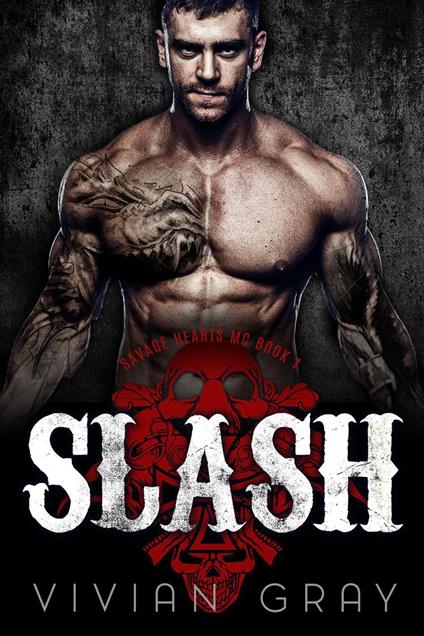 
Slash is book 1 of the Savage Hearts MC trilogy. Books 2 and 3, Slash and Burn and Slash and Dominate are available everywhere now! **I sold him my innocence. I just never thought he'd claim it like this. Brutal. Savage. Reckless. Wild. But there's no denying the truth: The bad boy owns me now.** ERIN I'm in over my head. It just got out of control. And before I could stop it, things were happening that I was powerless to stop. I was on stage, barely dressed, while strange men offered cash bounties that made my jaw drop. Then a voice came out of the back that cut through the chaos and froze my blood in my veins. He said he'd own me… Whatever the cost. And that's when this nightmare truly began. Because the man who bought me is the devil incarnate. Slash is a bona fide killer, a ruthless biker bad boy with the ink and leather to match. His motorcycle roars like some demon from below. And those eyes… So hungry. So cruel. From the moment the door shut and we were alone together, I knew that this could end only one way: With me on my knees, begging the bad boy to own me. SLASH There are enough bodies in my past to fill a morgue. Enough blood on my hands that I'll never truly be rid of it. I've sinned, I've killed, I've broken people and left them to suffer in the darkness and the silence. But it was all for the club. All of it – everything I've ever done – was in the name of the Savage Hearts MC. Until now. This time, my sins are for me and me alone. Because when I saw the girl on the stage, I knew I couldn't rest until I'd made her mine. Every woman in my past was nothing more than a toy to me. But Erin… She lit a fire I didn't know I had. It won't be enough to use her and throw her aside. I need to take her senseless, then put her on the back of my chopper and ride into the sunset. F**k all this chaos. F**k all this war. I'll brand this woman and put my baby in her so the whole damn world knows to keep their filthy hands off.
Leggi di più Leggi di meno