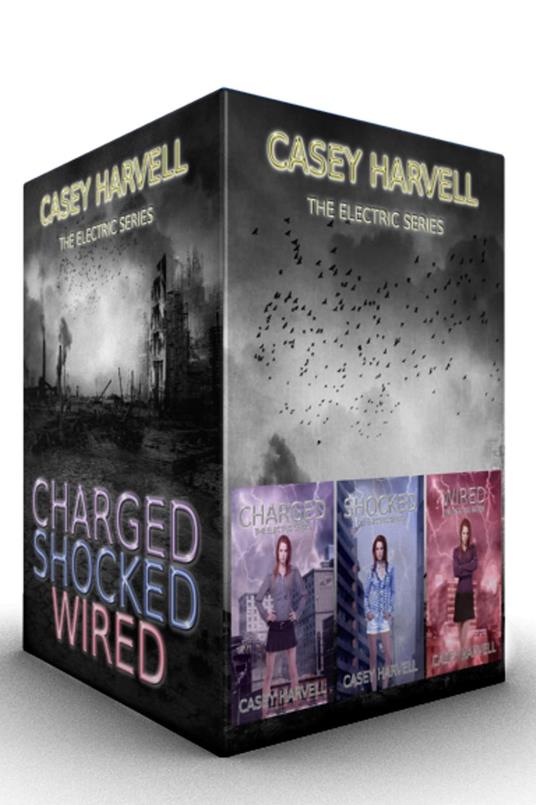 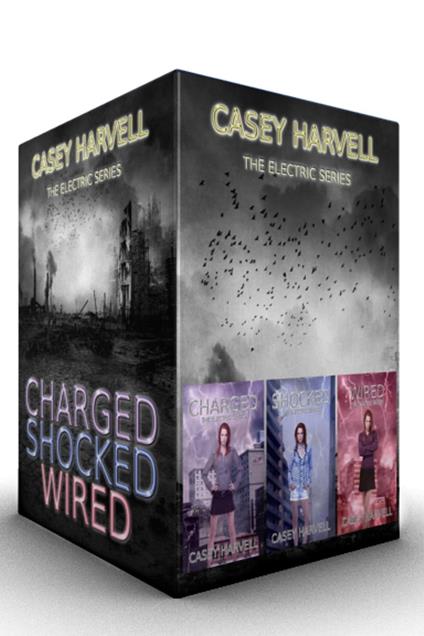 
USA Today Recommended "Must Read Romance" The Electric Series Charged Electric Book I Kat’s just an average teenage girl. The new guy moves to town and she's shocked when she falls for the boy next door. With her best friend Brie, and new boyfriend Mason, life is looking better than ever. When Brie and Kat land a gig for their band, excitement is in the air. But a cross of wires leaves Kat charged with electricity when her amp explodes. And things just keep getting weirder...A sudden nanobot apocalypse leaves Kat's new talents as the only thing that stands between mankind and the end of the world. Kat and her friends must travel cross country, and encounter many obstacles along their way. With half the country now gone, the other half is left divided. Kat has to decide if she’s strong enough to help. Shocked Electric Book II Kat tries to save mankind from an ever-growing number of threats. Besides the insane General from the Midwest, there’s also the original nanobot infection, the question of where all the infected are and now the fear of nuclear meltdowns at power plants across the abandoned East coast. Kat’s personal life crashes and burns along with half of the nation. She struggles across the country to find her friends and it’s no easy feat with Carch hot on her tail. And they make a horrifying discovery, a game changer- and not one in their favor. Kat tries so hard, but will it be enough? You’ll only find out by getting Shocked! Wired With the weight of the world on her shoulders, nothing for Kat gets easier. The country is still under siege from both the evil General Carch and the nanobot infection. As things percolate they get worse—and the entire world tenses to await the outcome. Things are hard inside the camps, too. When a serious betrayal comes to light it nearly destroys Kat…or will it set her free? Every story has to end sometime.
Leggi di più Leggi di meno