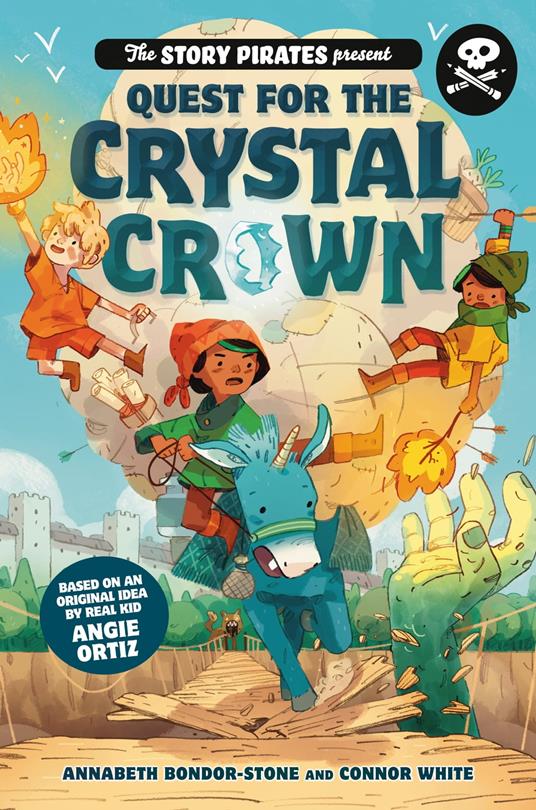 The Story Pirates Present: Quest for the Crystal Crown 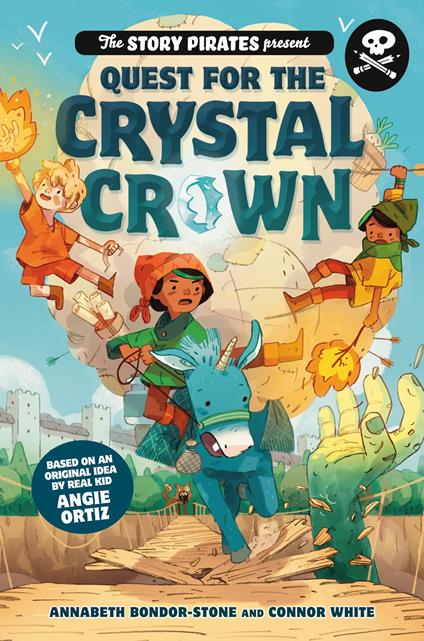 
A hidden lost world. A powerful crystal crown. This gripping fantasy adventure (inspired by a real kid's idea) doubles as a creative writing guide for young writers! An enchanted arrow pierces the wall of Hillview--the city is under attack! Years ago, a powerful crystal crown was stolen from a group of magic wielders called Lysors. Lacking the crown's protection, the Lysors hid themselves behind the city walls, shut off from the rest of the world. But with danger upon them once more, can Laura, a spunky girl with a knack for adventure, journey outside Hillview . . . and reclaim the crystal crown? "Changing kids' lives, one story at a time" is the motto of the Story Pirates, a group of professional comedians and teachers who bring kids' writing to life in animated short films, on their hit podcast, and in theaters and schools across America. Like the first two books, Stuck in the Stone Age and Digging Up Danger, this imaginative fantasy is based on an idea from a real kid! The story is also a jumping-off point for an introduction to the basics of creative writing. With the help of Story Pirate Captain Vincent Rolo and the Fantasy Creation Zone, readers can use this novel as inspiration to create their OWN great fantasy adventure!
Leggi di più Leggi di meno