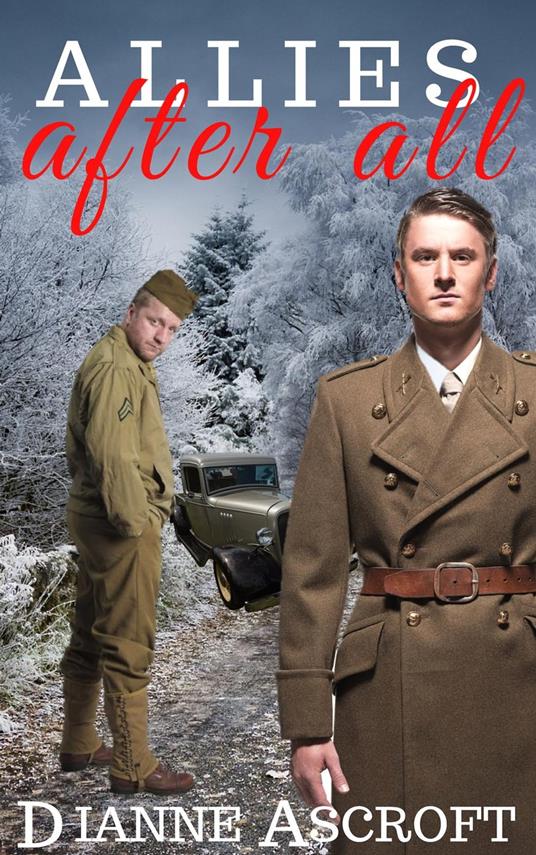 
After the Allied troops arrived in County Fermanagh, Northern Ireland during the Second World War, life in the quiet, rural county would never be the same again. Although their nations were allies, from their first meeting American civilian contractor Art Miller and Local Defence Volunteer Robbie Hetherington loathe each other. But Northern Ireland is too small a place for such animosity, especially during the Second World War when the province abounds with religious and political tensions and conflicts that pose a threat to the war effort. What will it take to make the two men put aside their enmity and work together? Allies After All is a spinoff novella in The Yankee Years series, featuring Robbie Hetherington, a Local Defence Volunteer who also plays an important role in Acts of Sabotage, Book 2 in The Yankee Years series. It can be read as a standalone story. Please note: This story was previously published in the anthology Pearl Harbor and More: Stories of December 1941. If you own that anthology, you already have this novella. The Yankee Years series: During the Second World War Northern Ireland hosted American, British and Canadian troops. County Fermanagh welcomed Air Force squadrons hunting U-boats and defending shipping convoys in the Atlantic Ocean, and Army battalions training and preparing for deployment to Europe's Western Front. After the Allied troops arrived, life would never be the same again. The Yankee Years novels and Short Reads weave thrilling and romantic tales of the people and the era.
Leggi di più Leggi di meno