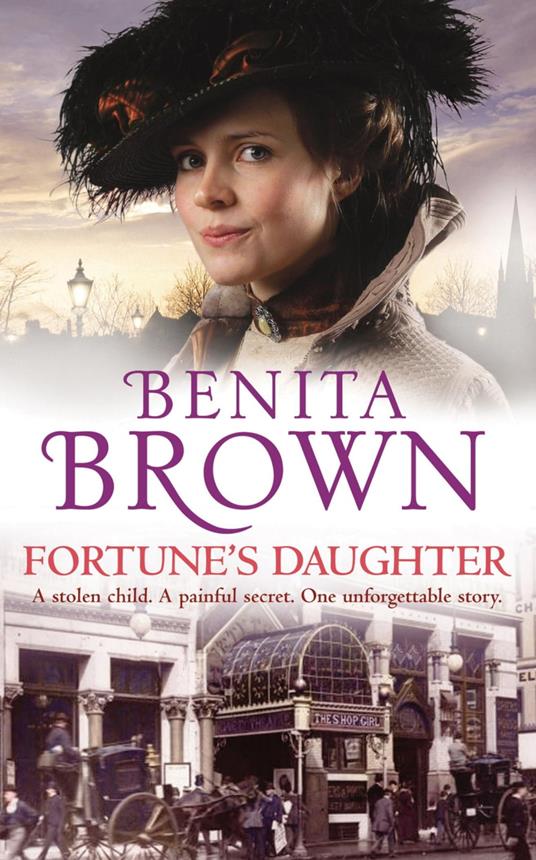 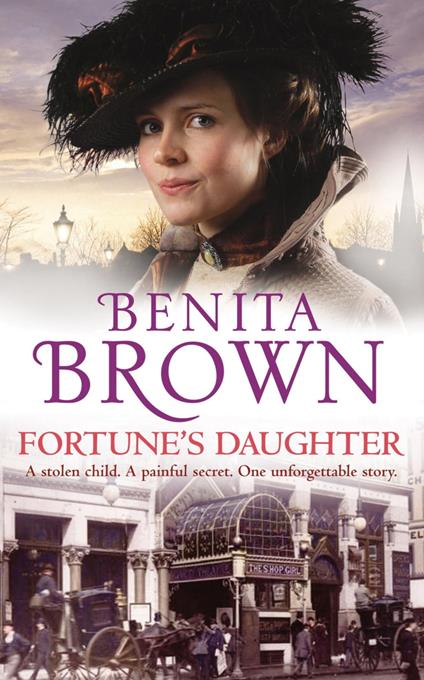 A stolen child. A painful secret. An unforgettable story. In Fortune's Daughter, Benita Brown weaves a spellbinding saga of betrayal, ambition and unbreakable family bonds. Perfect for fans of Sheila Newberry and Rosie Goodwin. 'If Catherine Cookson were alive, she'd be giving Benita Brown a pat on the back for this' - Northern Echo Daisy Belle, a gifted singer from the Tyneside backstreets, is devastated when her baby daughter, Rose, goes missing. Little does she know, Rose has been stolen and given to a wealthy woman who, tricked into believing she's an orphan, adopts her and renames her Rosina. Worse still, it was all arranged by Daisy's ruthlessly ambitious agent, Jack Fidler. Years later, when tragedy strikes, Rosina runs away to join a theatrical troupe and her natural talent for singing wins the hearts of the crowds. But this brings her into direct competition with one of the northern music halls' established stars, Daisy Belle - and back into the path of Jack, who is determined to destroy her... What readers are saying about Fortune's Daughter: 'This is a most enjoyable novel, and in my opinion, the author's best so far' 'I was drawn in by the characters from the first page and lived with them their highs and lows, their doubts and certainties. All the characters, whether they are benevolent or unpleasant, are deftly drawn and completely believable, with no jarring inconsistencies' 'I was sorry when the book ended, and the characters had made such an impression on me that I carried on thinking about them and their lives for a long while after finishing the book'
Leggi di più Leggi di meno