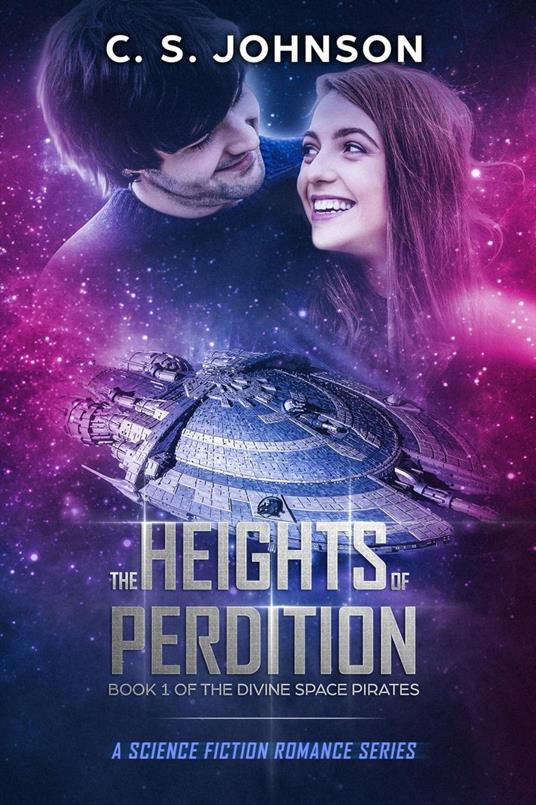 The Heights of Perdition 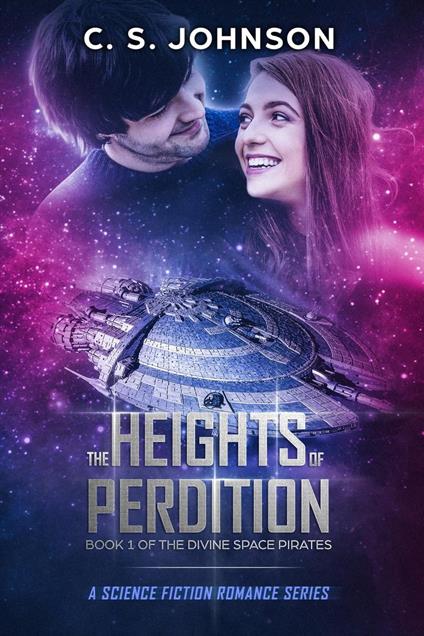 
Falling in love was out of the question ... until it was the answer. There is nothing Aeris St. Cloud wants more than to win her father's love and the acceptance of her family unit by joining the Military Academy at New Hope. But after she is captured by the fearsome space pirate, Captain Chainsword, Aerie is certain falling in love with her nation's arch enemy is the last possible way to earn their coveted esteem. Driven by vengeance, Exton Shepherd never set out to save anyone. As he circles the war-torn world in his pirated starship, the Perdition, he only sees his father's ghost lurking around every corner and the looming darkness on the horizon. When Aerie unexpectedly tumbles into his life, he finds he cannot trust her, anymore than he can ignore her. But just like the raging war down on Earth, it's tempting to think he can ... When the war ascends to the heights of the Perdition, Aerie's loyalty, and Exton's heart, are put to the test. But will love be enough to save them -- and others -- from certain destruction? FROM THE BOOK: "Perhaps there's more to me than you realize." "You're a hateful monster! What else do I possibly need to know?" Aerie regretted her outburst less than a second later. The captain immediately left his chair and came close to her. Instinctively, she pulled back, but the pad behind her did not allow her to go far. As he drew near, she got a good look at his face; though no longer adorned with the pirate's wig and beard, she could see he was still masked. The apathy, the cynicism, the playful whimsy—all of it hid a deep crevice of pain inside of him. The sudden urge to reach out and touch him shot through her. It was quickly followed by alarm and self-disgust. "From your comments, I would assume you have yet to learn a great many things," he told her, his voice sharp. "What do you mean by that?" she asked, boldly meeting his gaze. "First, your name is no small matter," he said.
Leggi di più Leggi di meno