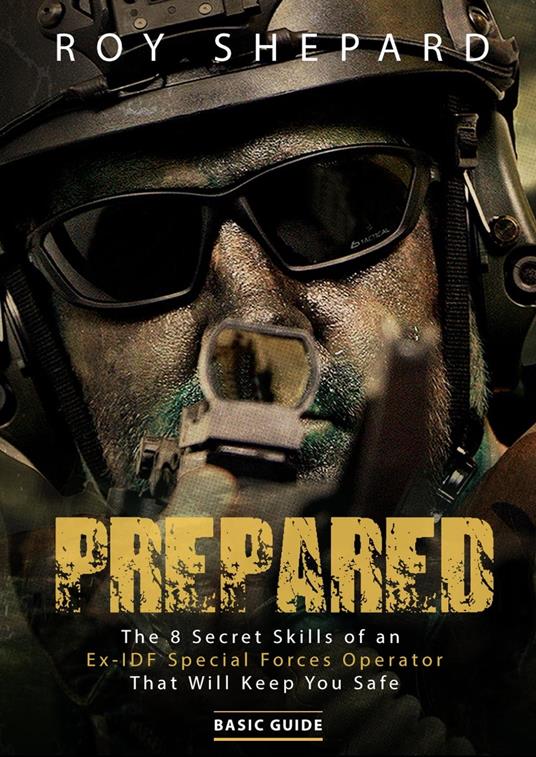 Prepared: The 8 Secret Skills of an Ex-IDF Special Forces Operator That Will Keep You Safe - Basic Guide 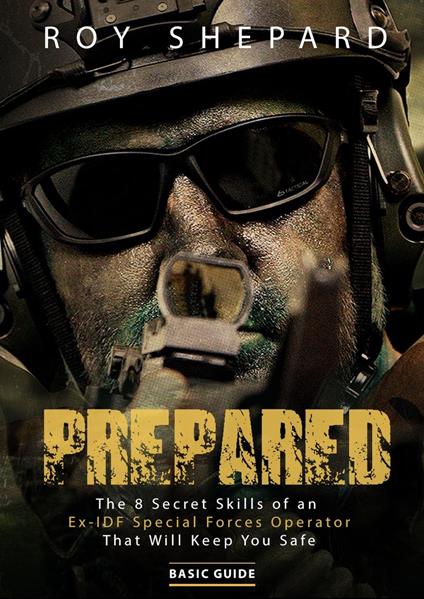 
Learn the 8 secret skills of an ex-IDF Special Forces operator that will keep you safe and prepare you for any situation - from a street mugging all the way to a full blown global catastrophe! This is a great start to becoming more prepared for any situation. Our world is truly strange that so many good and helpful people find themselves preyed upon by the criminal elements. In case of an emergency or a catastrophe those odds may become even worst. My name is Roy Shepard and I’m a former IDF (Israeli Defense Forces) Special Forces Operator. During my military service, I took part in countless missions behind enemy lines and later trained young cadets as a Master Sergeant. I specialize in weapons training, stealth and camouflage, and Krav-Maga. I’ve been in active reserve duty for the past 20 years and spent much of that time formulating and implementing defense strategies and drills in military bases all over Israel. Highly trained in martial arts, I specialize in Judo, Jiu-Jitsu, Aikido, and Russian Systema—with both hand-to-hand combat and melee weapon handling. I am also an expert marksman with both close-quarters and long-range weapons. The IDF is one of the most effective militaries in the world with proven strategies and tactics that have kept Israel safe for the last 70 years. The harsh reality is that Israel is a small country surrounded by hostile nations that have been intent on destroying it since it was formed in 1948. The IDF has defended Israel in eight full-out wars and fended off many incursions and terrorist attacks. The skills that I’m about to share with you are the same ones used by the IDF Special Forces Operators to stay safe in hostile situations and will allow you to do so as well. Be it fending off a mugger in a dark parking lot or surviving a post-catastrophe scenario. The reality is that we are always only moments away from danger and knowing the exact step-by-step response can be the difference between life, injury, or even death.
Leggi di più Leggi di meno