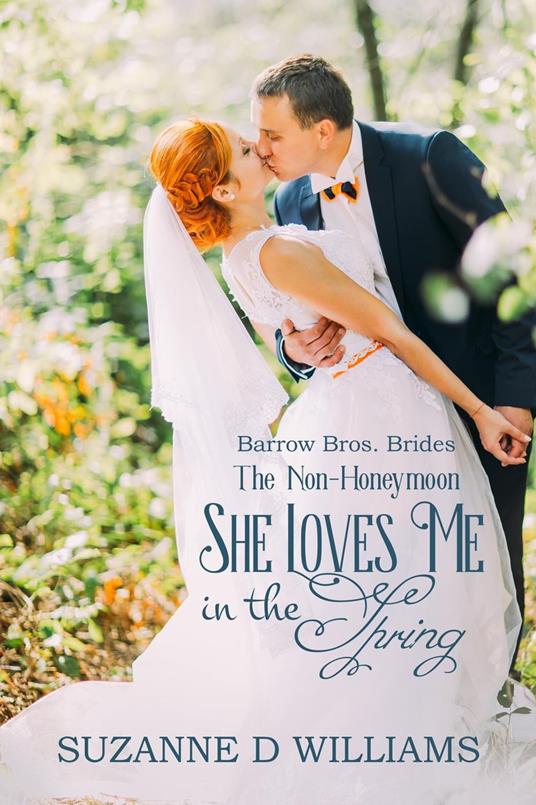 She Loves Me In The Spring (The Non-Honeymoon) 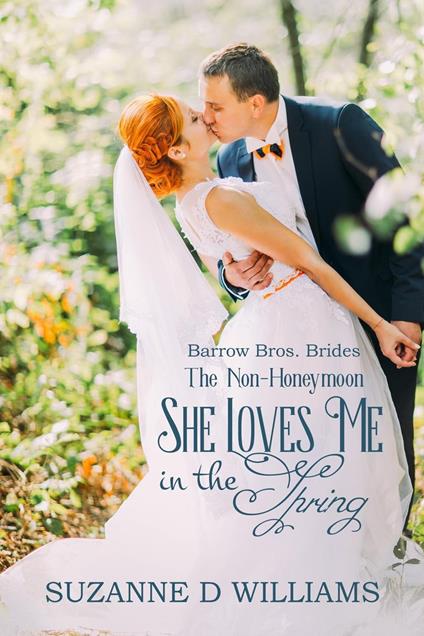 He didn’t kiss her, and she didn’t force him to, but the desire was there for both of them. It had nothing to do with Walton, her failed wedding, or even being cooped up together in the hotel room. It was watching him sail and admiring him as a man. It was crying on his shoulder because she felt flawed. It was the hunger in his eye, knowing he’d seen her in her underthings, and though he’d done the right thing, he wouldn’t forget it. ----- Brielle Hensley had her future all planned out. She’d designed the perfect wedding, picked the most beautiful dress. From the reception to the start of her married life, she knew what came next. Standing at the altar, however, her groom nowhere in sight, all those plans crumbled around her. She should have known better. The last thing her fiancé would ever do was embrace commitment. Bradford Barrow wanted to kill his younger brother for running out on his bride. He’s not really that surprised, though. Being a husband, taking on the responsibility of having a wife, was far more something he’d do himself. He’d always been the dutiful son, the faithful employer. His entire life is about doing what’s expected of him and checking off the tasks on his ever-present lists. Yet, sent to make a formal apology the next day, he and Brielle make a rash decision – to go on her honeymoon together. She needs to shake off his brother’s betrayal, and he needs to do something impulsive for once. Except, what begins innocently enough soon takes on a life of its own, and it could be that the acceptance they’ve both been looking for comes from the most spontaneous thing of all – love. Book 1 of 4 in the BARROW BROS. SERIES by best-selling author, SUZANNE D. WILLIAMS. A spring romance. 20,000 words.
Leggi di più Leggi di meno