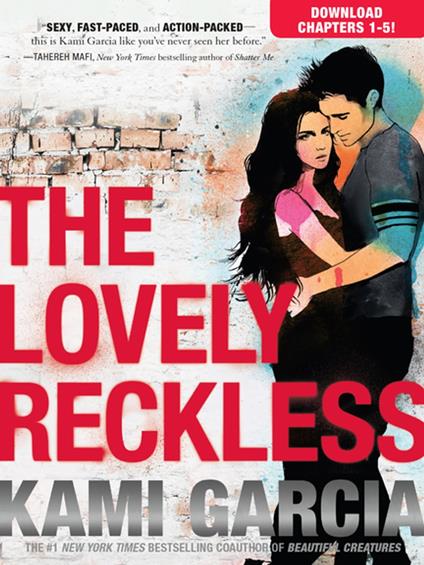 
Read the first five chapters of THE LOVELY RECKLESS for free! Romeo and Juliet meets The Fast and the Furious in this edgy romance set in the suburbs of Washington, DC. Seventeen-year-old Frankie Devereux would do anything to forget the past. Haunted by her boyfriend’s death, she lives her life by one dangerous rule: Nothing matters. At least, that’s what Frankie tells herself after a reckless mistake forces her to leave her privileged life in the Heights to move in with her dad--an undercover cop. She transfers to a public high school in the Downs, where fistfights don’t faze anyone and illegal street racing is more popular than football. Marco Leone is the fastest street racer in the Downs. Tough, sexy, and hypnotic, he makes it impossible for Frankie to ignore him--and how he makes her feel. But the risks Marco takes for his family could have devastating consequences for them both. When Frankie discovers his secret, will she risk everything to follow her heart? The Stakes: Higher than you can imagine. Like life-and-death. Welcome to the revolution. And get ready to run.
Leggi di più Leggi di meno