The History of Witchcraft in Europe Throughout the Ages 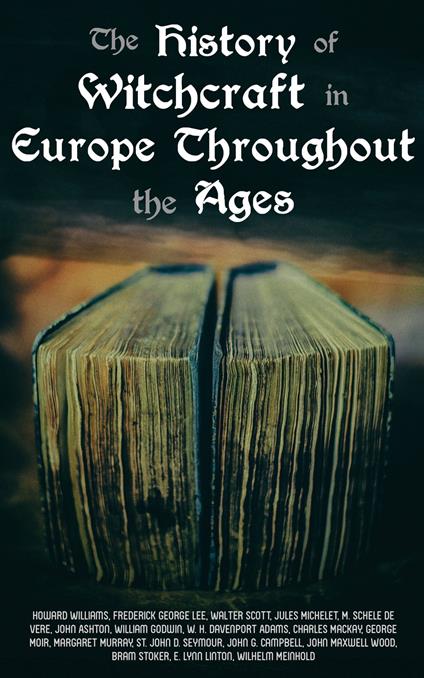 
Witchcraft in Europe in Middle Ages and Early Modern Period was believed to be a combination of sorcery and heresy. While sorcery attempts to produce negative supernatural effects through formulas and rituals, heresy is the Christian contribution to witchcraft in which an individual makes a pact with the Devil. In addition, heresy denies witches the recognition of important Christian values such as baptism, salvation, Christ and sacraments. In Early Modern European tradition, witches were stereotypically, though not exclusively, women. European pagan belief in witchcraft was associated with the goddess Diana and dismissed as "diabolical fantasies" by medieval Christian authors. Witch-hunts first appeared in large numbers during the 14th and 15th centuries. It was commonly believed that individuals with power and prestige were involved in acts of witchcraft and even cannibalism. Table of Contents: The Superstitions of Witchcraft by Howard Williams The Devil in Britain and America by John Ashton Lives of the Necromancers by William Godwin Witch, Warlock, and Magician by W. H. Davenport Adams The Witch Mania by Charles Mackay Magic and Witchcraft by George Moir Witchcraft & Second Sight in the Highlands & Islands of Scotland by John G. Campbell Witchcraft and Superstitious Record in the South-Western District of Scotland by John Maxwell Wood Practitioners of Magic & Witchcraft and Clairvoyance by Bram Stoker Witch Stories by E. Lynn Linton Mary Schweidler, the Amber Witch by Wilhelm Meinhold Sidonia, the Sorceress by Wilhelm Meinhold Glimpses of the Supernatural – Witchcraft and Necromancy by Frederick George Lee Letters On Demonology And Witchcraft by Sir Walter Scott La Sorcière: The Witch of the Middle Ages by Jules Michelet Modern Magic by M. Schele de Vere
Leggi di più Leggi di meno