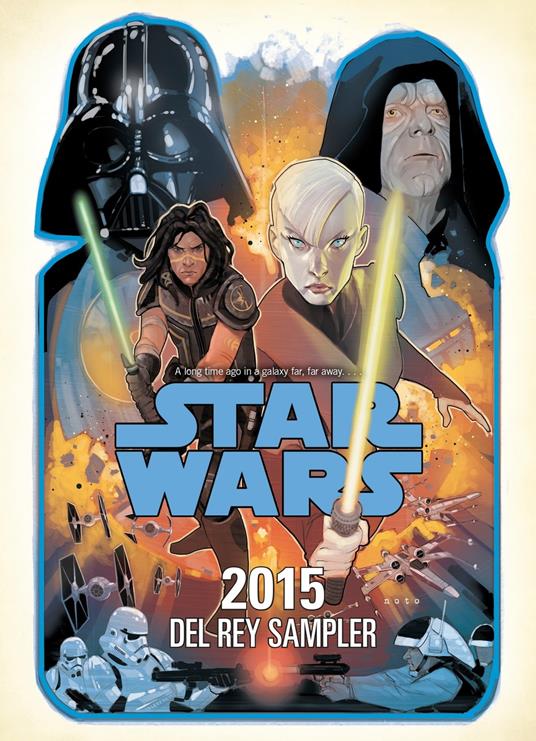 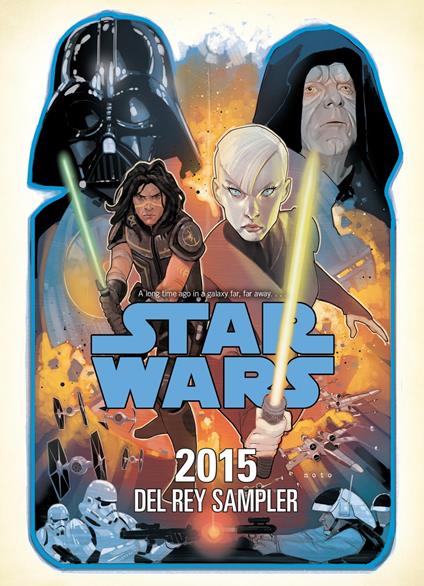 
The journey to The Force Awakens begins with this glorious eBook sampler of excerpts from six novels in the new Star Wars canon! Starring beloved characters such as Luke Skywalker and Darth Vader from the classic trilogy as well as fan favorites from The Clone Wars and Rebels, these original novels shed new light on the grand tapestry that is Star Wars—all approved by the Lucasfilm Story Group and part of the official canon. A new dawn in Star Wars storytelling has arrived . . . and, with this eBook sampler, it’s just a click away. BATTLEFRONT: TWILIGHT COMPANY by Alexander Freed A companion novel inspired by the hotly anticipated videogame Star Wars: Battlefront, this action-packed adventure follows a squad of soldiers caught in the trenches of the ultimate galactic war between good and evil. DARK DISCIPLE by Christie Golden Based on unproduced episodes of Star Wars: The Clone Wars, this new novel features one of the great antiheroes in the Star Wars galaxy: bounty hunter Asajj Ventress, the former apprentice of Count Dooku. LORDS OF THE SITH by Paul S. Kemp When the Emperor and his notorious apprentice, Darth Vader, find themselves stranded in the middle of insurgent action on an inhospitable planet, they must rely on each other, the Force, and their fearsome fighting skills to prevail. HEIR TO THE JEDI by Kevin Hearne The author of The Iron Druid Chronicles pens a thrilling new adventure set between A New Hope and The Empire Strikes Back, and—for the first time ever—written entirely from Luke Skywalker’s first-person point of view. TARKIN by James Luceno Bestselling Star Wars veteran James Luceno gives Grand Moff Tarkin the Star Wars: Darth Plagueis treatment, bringing the legendary character from A New Hope to full, fascinating life. A NEW DAWN by John Jackson Miller Set during the mysterious “Dark Times” between Episodes III and IV, A New Dawn tells the story of how two of the lead characters from the animated series Star Wars Rebels first came to cross paths.
Leggi di più Leggi di meno