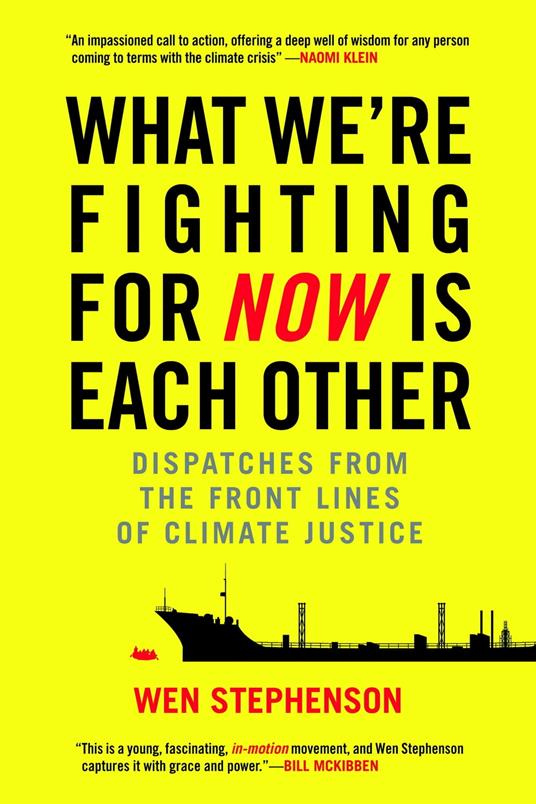 What We're Fighting for Now Is Each Other 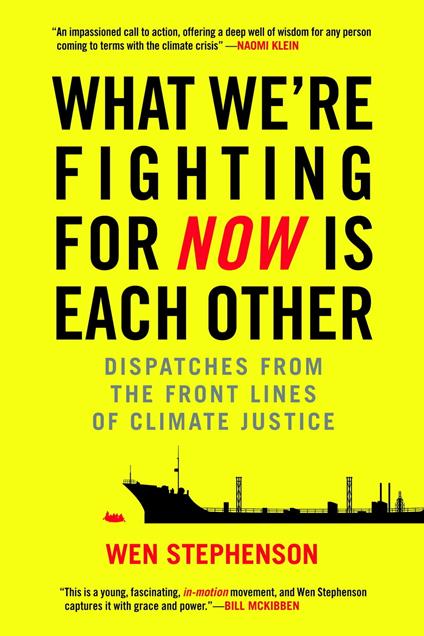 
An urgent, on-the-ground look at some of the “new American radicals” who have laid everything on the line to build a stronger climate justice movement The science is clear: catastrophic climate change, by any humane definition, is upon us. At the same time, the fossil-fuel industry has doubled down, economically and politically, on business as usual. We face an unprecedented situation—a radical situation. As an individual of conscience, how will you respond? In 2010, journalist Wen Stephenson woke up to the true scale and urgency of the catastrophe bearing down on humanity, starting with the poorest and most vulnerable everywhere, and confronted what he calls “the spiritual crisis at the heart of the climate crisis.” Inspired by others who refused to retreat into various forms of denial and fatalism, he walked away from his career in mainstream media and became an activist, joining those working to build a transformative movement for climate justice in America. In What We’re Fighting for Now Is Each Other, Stephenson tells his own story and offers an up-close, on-the-ground look at some of the remarkable and courageous people—those he calls “new American radicals”—who have laid everything on the line to build and inspire this fast-growing movement: old-school environmentalists and young climate-justice organizers, frontline community leaders and Texas tar-sands blockaders, Quakers and college students, evangelicals and Occupiers. Most important, Stephenson pushes beyond easy labels to understand who these people really are, what drives them, and what they’re ultimately fighting for. He argues that the movement is less like environmentalism as we know it and more like the great human-rights and social-justice struggles of the nineteenth and twentieth centuries, from abolitionism to civil rights. It’s a movement for human solidarity.
Leggi di più Leggi di meno