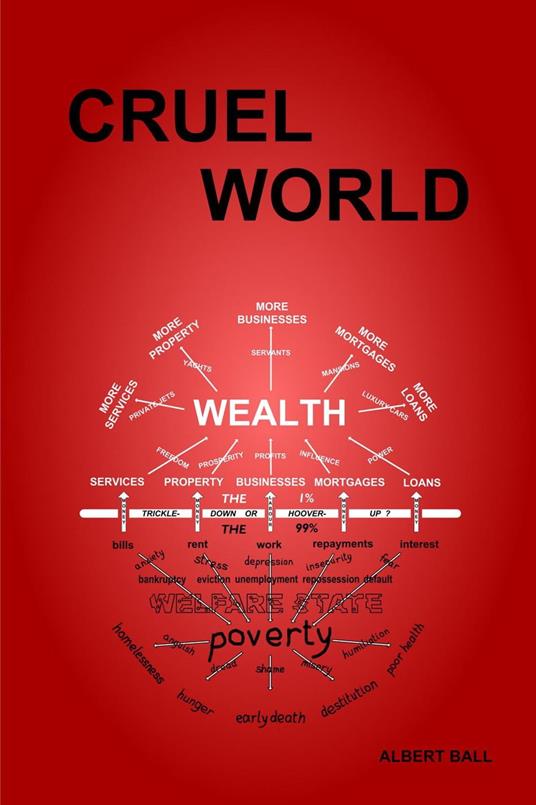 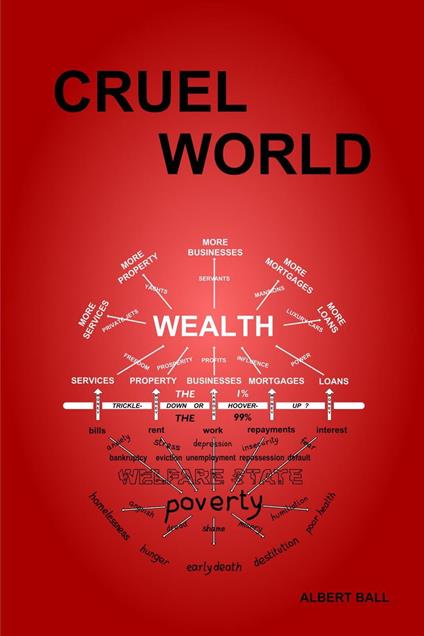 
What kind of world have we created? Increasing numbers of us live in fear of losing our homes and jobs, many forced to rely on the charity of food banks to feed ourselves and our children. Many of us live on the streets in utter destitution, often with mental health problems, and no-one seems to care. Many more of us live in poor countries where for want of clean water and basic sanitation we must watch helplessly as our children and infants die in their millions every year. At the other end of the scale some of us have wealth that can't be consumed in a thousand lifetimes. Then there are the environmental dangers that we all face - scarcity of fresh water; widespread pollution of the air, sea and rivers; deforestation; loss of biodiversity; and above all climate change - and our governments, severely handicapped by those of us with vested interests, unable to take the decisive action that is necessary to combat them. Why is it that the world's abundant wealth is spread so lavishly for the very few and so thinly for the very many? Why is it that we understand so well the dire consequences awaiting us from environmental catastrophe yet seem unable to do more than a fraction of what is required? This book presents the results of an exploration into these concerns by someone who feels deeply disturbed by them; who feels that people in great numbers are being squeezed beyond breaking point; who feels that we are racing headlong towards a cliff edge with people who claim to be in control but whose hands are tied. The exploration bore fruit. It revealed that the major systems that underpin the modern world maintain themselves by widespread exploitation of the disadvantaged, made possible by equally widespread ignorance of how it happens. It doesn't have to be that way. We can turn a world on a collision course with nature into a world sustainable for the very long term.
Leggi di più Leggi di meno