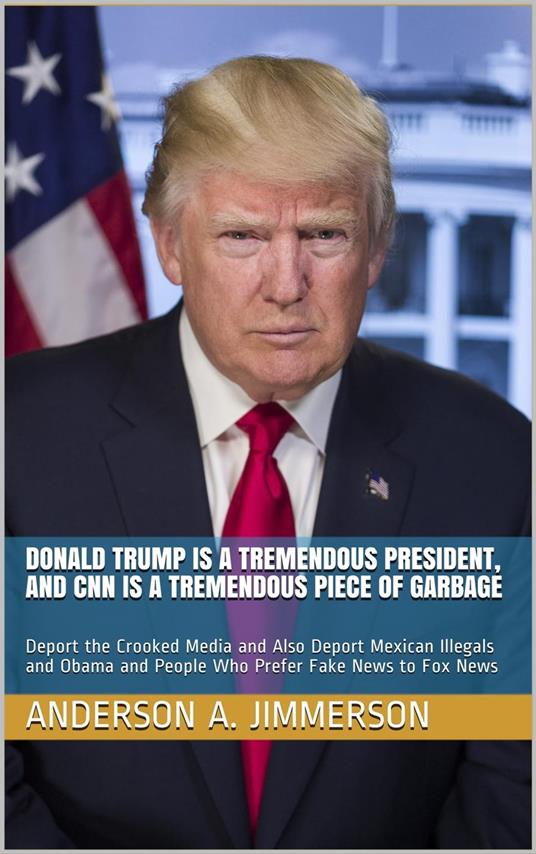 Donald Trump Is a Tremendous President, and CNN Is a Tremendous Piece of Garbage: Deport the Crooked Media and Also Deport Mexican Illegals and Obama and People Who Prefer Fake News to Fox News 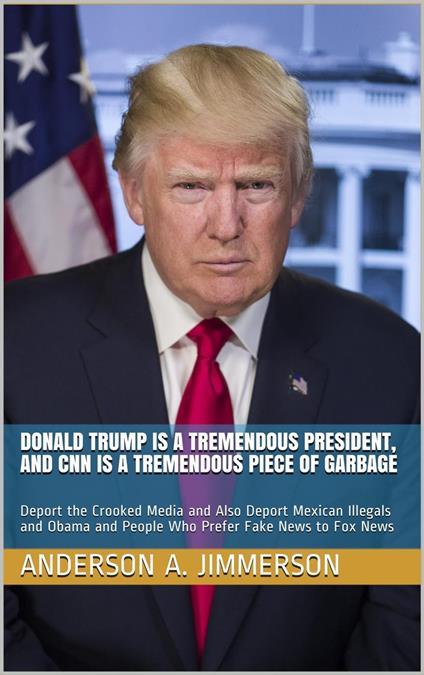 
The media? The media is a joke! President Trump is doing many, many amazing things in office, and he's always sure to let us know that--but CNN, MSNBC, The New York Times, and The Washington Post don't devote themselves to telling us what Trump is telling us about Trump. Instead, they focus on distributing fake news and ludicrous views. That sums up what most people in the media do, except for those fine folks at Fox News. Aren't they great? And isn't Wolf Blitzer an idiot? He and most other journalists and analysts in the media are anti-Trump propagandists who should be replaced with Trump's Twitter. And no one knows that better than President Donald Trump and political pundit Anderson Jimmerson. Read this book and learn what makes Trump so tremendous, and what makes the media so much of a joke, and what makes Obama so much like Benedict Arnold, and what makes Hillary such a crooked lunatic.
Leggi di più Leggi di meno