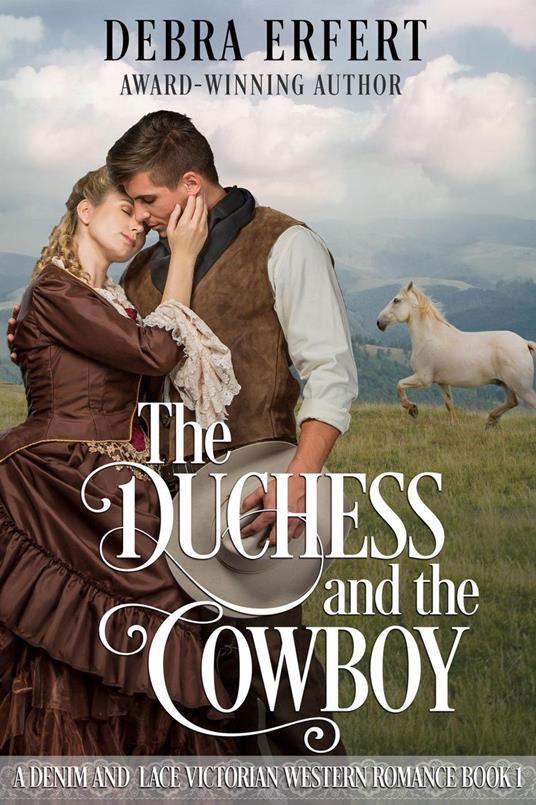 The Duchess and the Cowboy 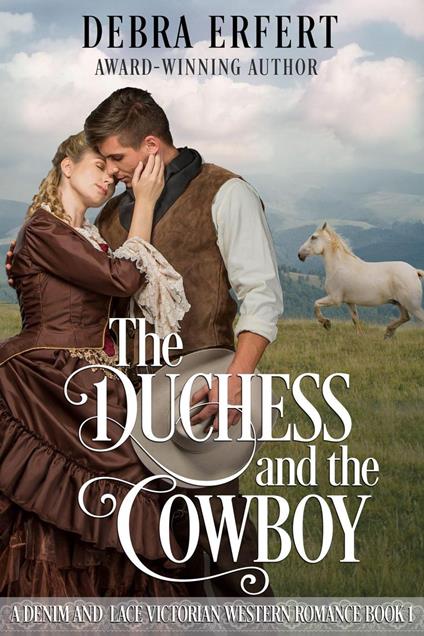 
Pride and Prejudice meets the Wild West A young British duchess fleeing from her husband's murderer. A widowed American cowboy with a small daughter. Their second chance at love. At twenty-one, Jane Langley the Duchess of Chatham is too young to be a widow. Her husband's misguided duel with his ruthless younger brother leaves him dead. The new duke's menacing threat to Jane—marry him or else—has her fleeing her home to America for safety and an opportunity to where she can buy her own property. Although Jane worries about her new role as a landowner in the Wild West, she wonders if a proper British duchess will be accepted in a land that lacks propriety. Does Carson City have a high society? Or does she become a pioneer woman? Her concerns change the morning she meets the ruggedly handsome cowboy, Mr. Bellamy. Heath Bellamy is no stranger to misery. He lost his wife shortly after their daughter was born, and for the past two winters, the cruel Nevada blizzards killed too many of his ranch's cattle. They need grass to survive. When a new owner takes over the neighboring big spread, he sees the possibility of the herd grazing on her land. When their relationship turns from friendship to deep affection, they must decide if love is worth risking getting their hearts broken all over again. "The Duchess and the Cowboy" is a historical romance novel of approximate 66,000 words. No cheating. No cliffhangers, and a guaranteed Happily Ever After!
Leggi di più Leggi di meno