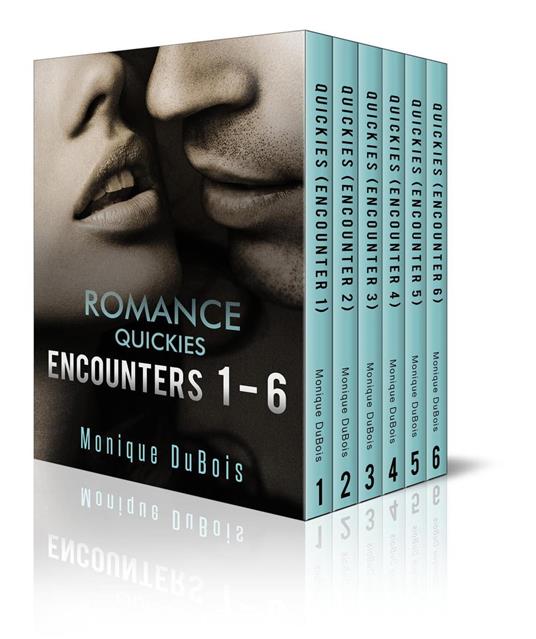 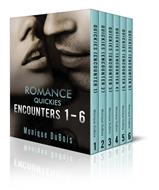 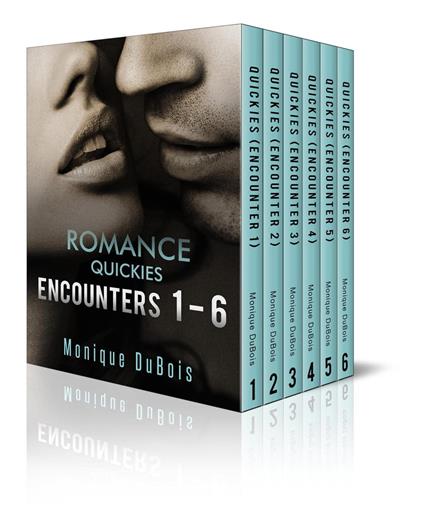 
WHO WILL WIN? BOXED SET OF BOOKS 1-6 IN THE ROMANCE QUICKIES SERIES! Seven friends living in New York City. One unusual competition. Who can have the most intimate encounters in a month? Ten thousand dollars is on the line... Quickies are bite-sized steamy stories that follow a group of women living in New York City who compete to see who can have the most casual hookups in a month. Which woman will sleep with the most men to win the bet? Will any of them fall in love with their conquests along the way? Cast of Characters: Ella: Curvy business owner. Attracted to blue-collar guys. (Quickies 1, 7, 13, 19, 25) Brooke: Fun-loving, flame-haired ESL teacher. Attracted to men from different cultures. (Quickies 2, 8, 14, 20, 26) Malia: Sexy Latina probation officer. Attracted to alpha males. (Quickies 3, 9, 15, 21, 27) Shae: Glamorous blonde model. Attracted to wealthy and famous men. (Quickies 4, 10, 16, 22, 28) Allie and Ashley: Perky blonde twins/ER nurses. Attracted to doctors and adventurers. (Quickies 5, 11, 17, 23, 29) Nicole: Successful biracial divorce attorney. Attracted to powerful and educated men. (Quickies 6, 12, 18, 24, 30) This series is being hailed as a contemporary Sex and the City.
Leggi di più Leggi di meno