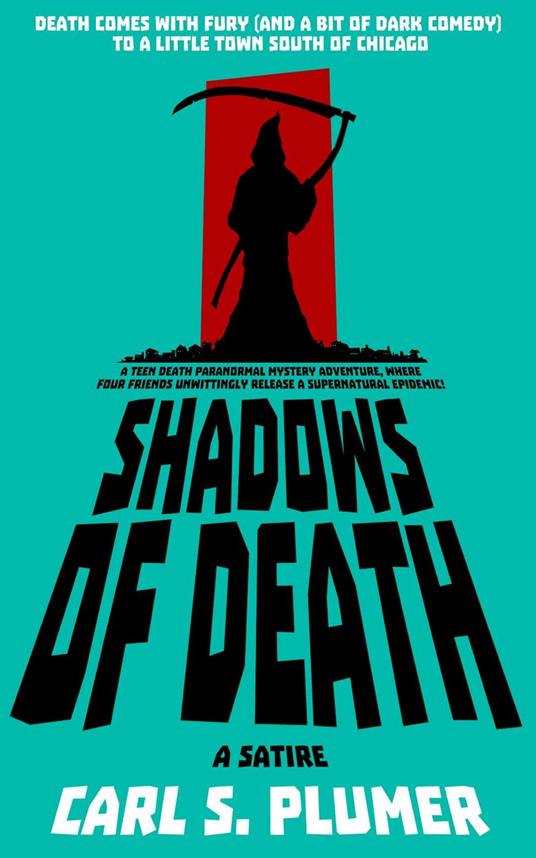 Shadows of Death: Death Comes with Fury (and Dark Humor) To a Small Town South of Chicago 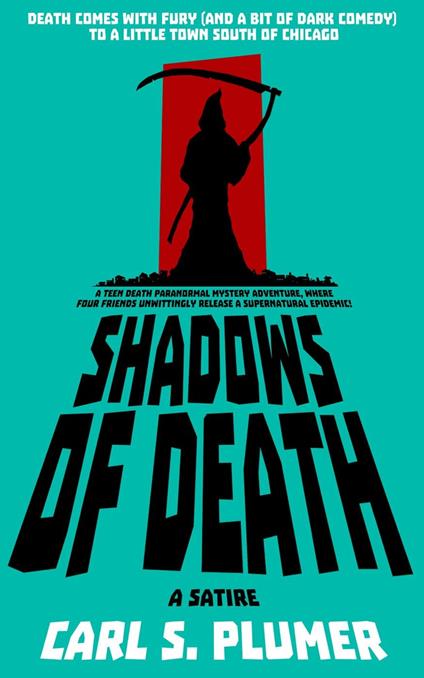 
Death has come with fury (and a bit of dark humor) to a little town south of Chicago. A healthy patient dies without explanation. A tour bus crashes; no survivors. Electrical fires. Strange diseases. Odd, deadly accidents. And only a group of teens know why this is happening. On an ordinary weekend, out on a drive at night, four friends find a portal to hell And they accidently release into the world, An army of grim reapers Reapers with a hatred of all humankind--"shadows" that immediately embark on A worldwide killing spree the likes of which has not been seen since the Black Plague. Or the Purple Plague before that. Now, only Conner, Almira, Ricky, and Flower can save the world. So the friends must Sacrifice themselves In order to bring order back to a broken planet, by going Back through the portal . . . Back into a world of screaming darkness . . . Back to the dominion of death . . . But hopefully back in time for dinner A Teen Death Paranormal Mystery Adventure Where Four Friends Unwittingly Release a Supernatural Epidemic.
Leggi di più Leggi di meno