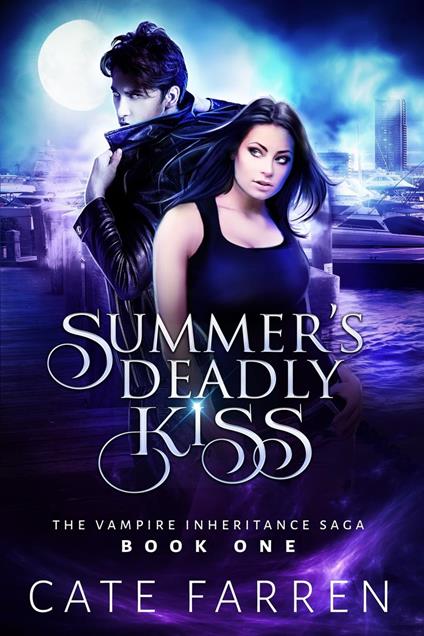 
A paranormal romance/urban fantasy. Life for Clover Kwon couldn’t be much worse. A year has passed since she witnessed the brutal death of her boyfriend, Frankie, and even with the help of a therapist she is unable to come to terms with what she saw that night. Not only did she lose Frankie, but Clover’s best friend, Saskia, hasn’t spoken to her since. It doesn’t help matters that her mother is a raging alcoholic, her father is a philanderer and everyone in her hometown, Chapel Green, Maine, thinks she’s crazy. And she’s apt to believe them. Jared Van Clayborne seems to have it all. He is a gorgeous, newly-turned vampire, an heir to a fortune and his mentor, Sutton, is the daughter of Dracula. On the inside, he’s a mess. Atrocities he’s committed in the past year torture his thoughts, he is miserably failing high school and has no hope for the future. Jared is forced into counseling, but because he must keep his vampirism a secret, it hasn’t helped. Jared makes a desperate decision one night, but fate brings him face to face with Clover, a girl he had a crush on when they were in elementary school. A passionate magnetism draws them to one another. They both have secrets, but find solace in each other’s arms. Things begin looking up when Clover is finally reunited with Saskia. The young women are determined to figure out what happened to Frankie, and launch an investigation to bring those responsible to justice. As Clover and Saskia start piecing together clues, it draws the attention of some powerful individuals and puts their lives, and everyone around them, in jeopardy. When Clover uncovers the dark truth about Chapel Green’s inhabitants she is torn between vengeance and love for her greatest enemy. Now, not only is her sanity at stake, but also her life. Summer’s Deadly Kiss is book one in the The Vampire Inheritance series. It features some steamy scenes, violence, bad language.
Leggi di più Leggi di meno