Sweet Rivals, Hate You, Love You 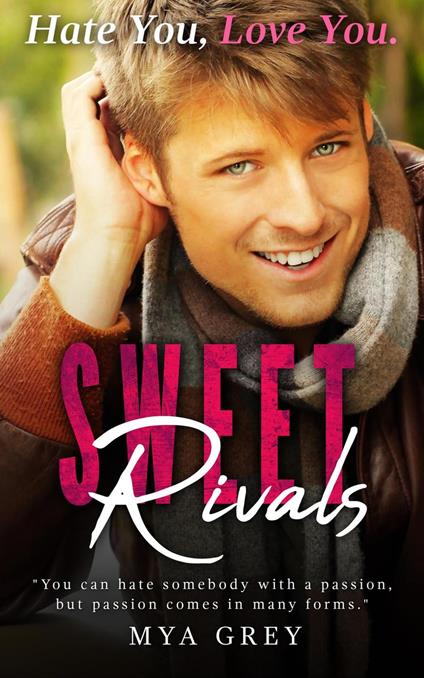 
Sweet Rivals: A Small Town Enemies-to- Friends- to Lovers Romance (Sweet Rivals Series Book 1) A Mya Grey's new title to a second chance sweet small-town romance. From enemies to lovers. Can a childhood rivalry revive their passion after so many years apart? You can hate somebody with a passion, but passion comes in many forms. Noah Snipe lives the life of a brazen man riddled with over-confidence -and why shouldn't he, with such suave brown hair and daring green eyes. Noah and Lexi hated each other with a passion. Unbeknownst to the two, passion comes in many forms. Their rivalry starts with toy mishap in the sandpit as children. As the pair grows, it becomes a habit to get under each other's skin, to battle, to slump and thrive at the hand of one another's competition, until she kissed him a week before graduation ..and said it was a mistake. 8 years later.... Out of nowhere, she came smacking into him. Now that rigid but pretty face stared at him from every angle of his mind. It seeped into his brain and he couldn't think of anything else. This time, Noah will make sure nothing can come between the two of them .. except .. WARNING: CLIFFHANGER IN THE END
Leggi di più Leggi di meno