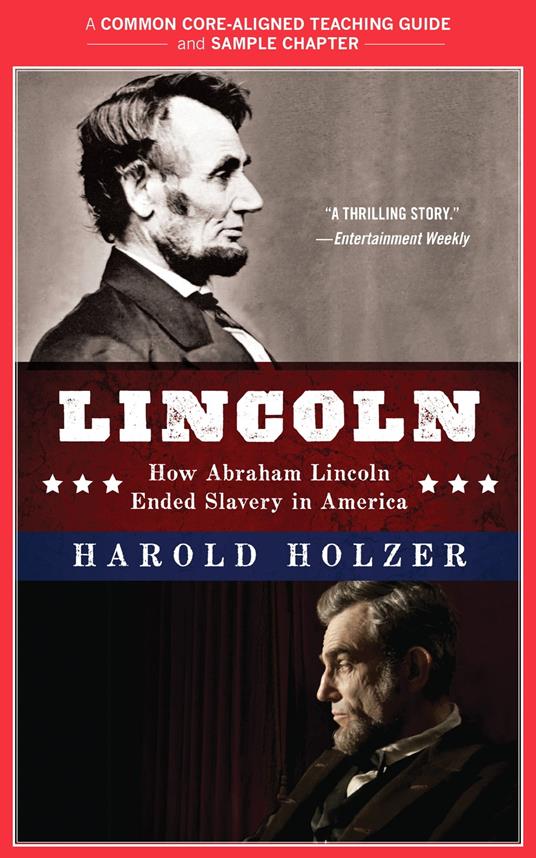 A Teacher's Guide to Lincoln 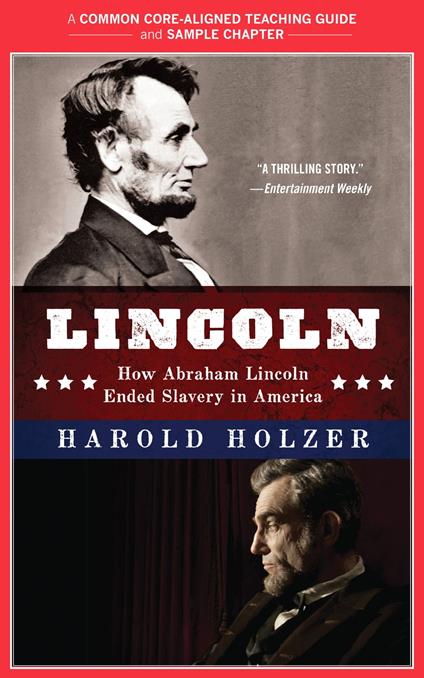 
For teachers We know that the Common Core State Standards are encouraging you to reevaluate the books that you assign to your students. To help you decide which books are right for your classroom, each free ebook in this series contains a Common Core–aligned teaching guide and a sample chapter. This free teaching guide for Lincoln: How Abraham Lincoln Ended Slavery in America by Harold Holzer is designed to help you put the new Common Core State Standards into practice. "The book is a delight, written for young people who may be discovering Lincoln and the Civil War for the first time. . . This may be the book that brings along a whole new generation of Lincoln fans."—Washington Post How did President Abraham Lincoln come to believe that slavery was "morally wrong," and that Congress needed to pass a law to abolish it once and for all? What did he do in January 1865—three months before he was assassinated—to ensure passage of the Thirteenth Amendment? This fast-paced, riveting book answers these questions and more as it tells the story of Lincoln's life and times from his upbringing in Kentucky and Illinois, through his work as a lawyer and congressman, to his candidacies and victory in two Presidential elections. It also describes Lincoln's duties in the Civil War as Commander-in-Chief, his actions as President, and his relationships with his family, his political allies and rivals, and the public who voted for and against him. Harold Holzer makes an important era in American history come alive for readers of all ages. An official companion to Steven Spielberg's Oscar Award-winning film Lincoln, the book also includes thirty historical photographs, a chronology, a cast of characters, texts of selected Lincoln writings and speeches, a bibliography, and a foreword by the author about his experience working as a consultant on the movie.
Leggi di più Leggi di meno