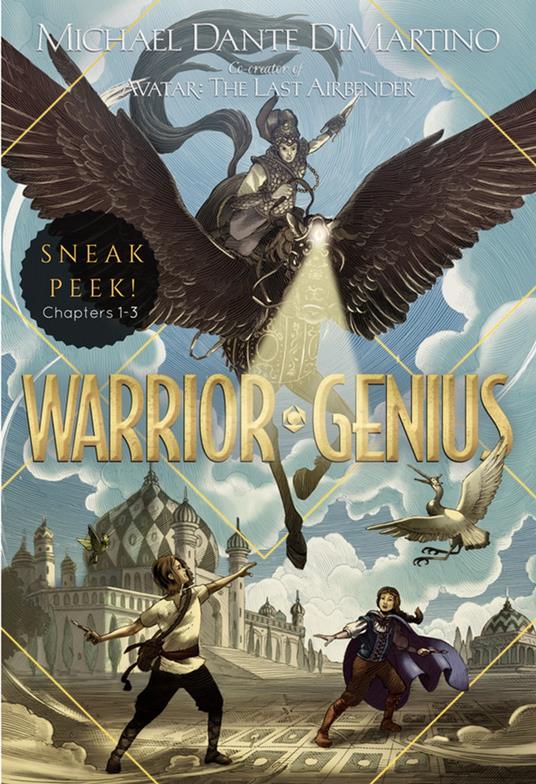 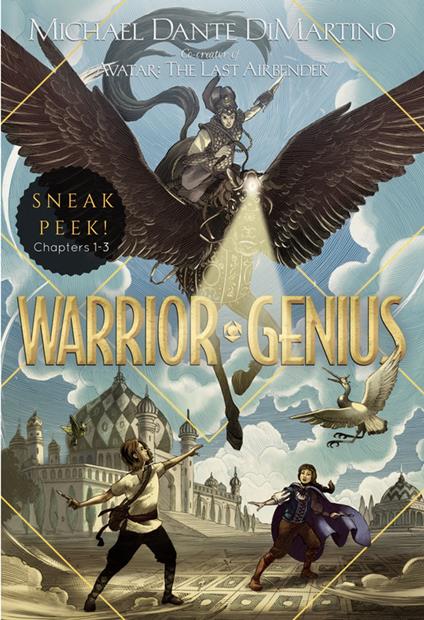 
Download a FREE sneak peek of WARRIOR GENIUS, the sequel to REBEL GENIUS by Michael Dante Dimartino. It has been years since Geniuses—creatures that channel their owners' creative energy—were banished from Zizzola. But a new generation of artists and their bird-Geniuses has been training in secret. Led by Giacomo, a young orphan with promising talent, they set out to track down the Sacred Tools that could hold the power to overthrow the ruthless emperor, Nerezza. With paintbrushes flying and artistic force weaponized, the group secured the Compass, but they’ll need all three Tools to take down Nerezza. Traveling to distant Rachana in search of the Straightedge, the young artists are alarmed to find all the warriors’ horse-Geniuses afflicted with a mysterious illness. The source of the plague is an ancient, dark force that no human can conquer, but Giacomo has learned a surprising truth: he isn’t human. He is a Tulpa, a manmade being created with sacred geometry. Using newfound abilities and the help of great friends, Giacomo will have to fight the battle of his life if he wants to save the Geniuses—and the empire.
Leggi di più Leggi di meno