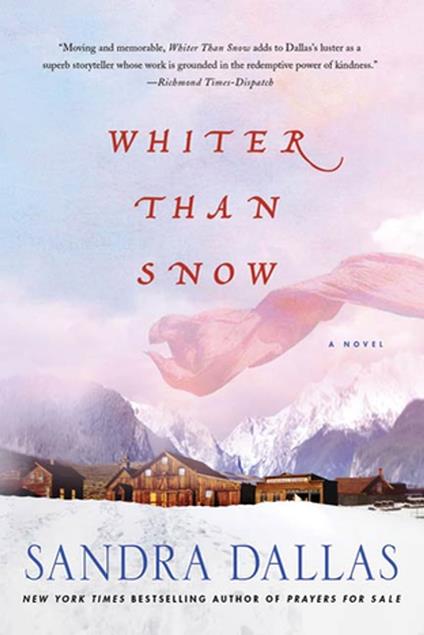 
From The New York Times bestselling author of Prayers for Sale comes the moving and powerful story of a small town after a devastating avalanche, and the life changing effects it has on the people who live there Whiter Than Snow opens in 1920, on a spring afternoon in Swandyke, a small town near Colorado's Tenmile Range. Just moments after four o'clock, a large split of snow separates from Jubilee Mountain high above the tiny hamlet and hurtles down the rocky slope, enveloping everything in its path including nine young children who are walking home from school. But only four children survive. Whiter Than Snow takes you into the lives of each of these families: There's Lucy and Dolly Patch—two sisters, long estranged by a shocking betrayal. Joe Cobb, Swandyke's only black resident, whose love for his daughter Jane forces him to flee Alabama. There's Grace Foote, who hides secrets and scandal that belies her genteel façade. And Minder Evans, a civil war veteran who considers his cowardice his greatest sin. Finally, there's Essie Snowball, born Esther Schnable to conservative Jewish parents, but who now works as a prostitute and hides her child's parentage from all the world. Ultimately, each story serves as an allegory to the greater theme of the novel by echoing that fate, chance, and perhaps even divine providence, are all woven into the fabric of everyday life. And it's through each character's defining moment in his or her past that the reader understands how each child has become its parent's purpose for living. In the end, it's a novel of forgiveness, redemption, survival, faith and family.
Leggi di più Leggi di meno