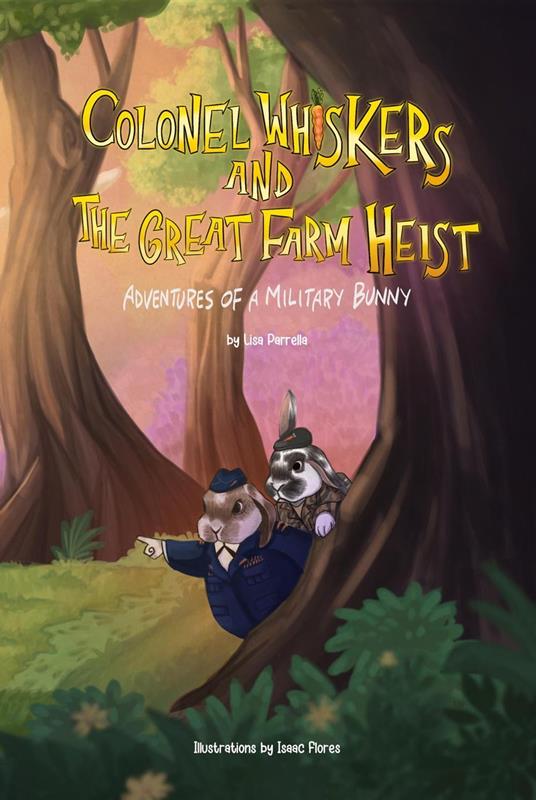 Colonel Whiskers and the Great Farm Heist. Adventures of a Military Bunny. 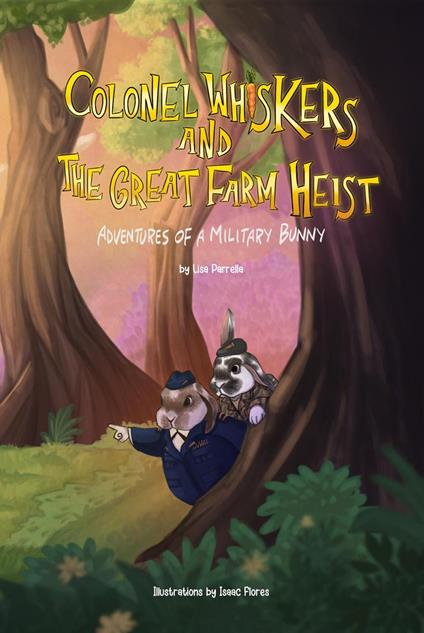 
When the United States Bunnairforce's food supplies from the Cottontail Connection suddenly stop, and the four bunnscouts sent to investigate are never heard from again, the Bunnairforce decides on a new plan of action. Summoned from her retirement, Colonel L.B. Whiskers—accompanied by her executive assistant, Bunnairman Last Class Q-Tip—is ordered to meet with Major General Holland forthwith. Having received a message from an anonymous duck, the major general sends the intrepid bunnies off in search of Goodman's Farm in Beautiful Valley to find the duck and get to the bottom of what is going on. Aided and abetted by a menagerie of farm animals, Colonel and Q-Tip find themselves trying to unravel the connection between the farms in Beautiful Valley being foreclosed on, several lost pets, the four missing bunnscouts, and mysterious goings-on with the local Mail Snail. Are these purely coincidental, or is something sinister afoot? Will the two bunnies solve the conundrum, or will they meet the same fate as the bunnscouts? Get your copy of Colonel Whiskers and the Great Farm Heist to find out!
Leggi di più Leggi di meno