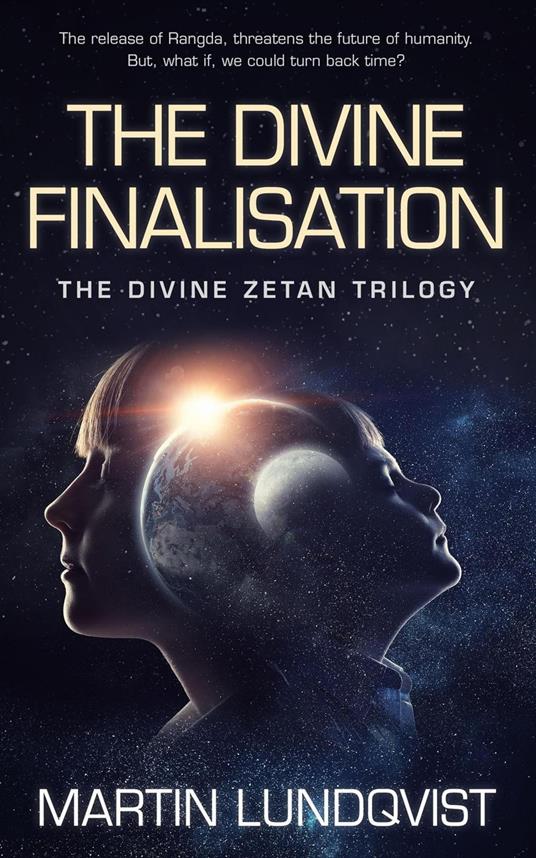 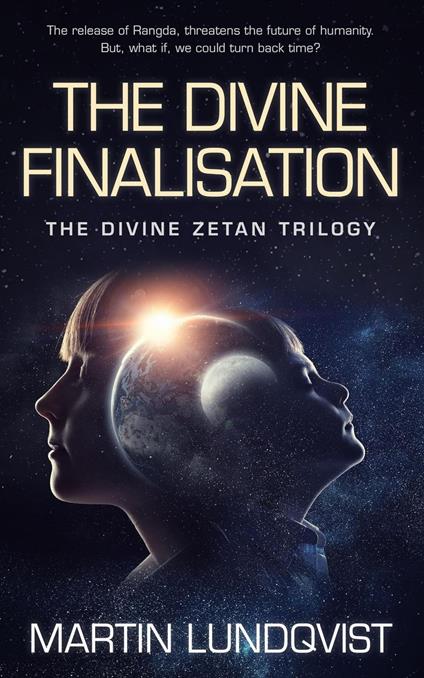 
The release of Rangda threatens the future of humanity. But, what if, we could turn back time? The Divine Finalisation is the final book in The Divine Zetan Trilogy. It takes place straight after the events of The Divine Sedition. Hilda Muller witnesses Keila massacring the Terran Council leaders, when the Xeno horde attacks. Hilda Muller fights the Xenos and becomes one of few survivors from the attack on Rashidium City. Sensing the opportunity to seize power, Hilda leads the human army against the Xenos. The Terran troops force the alien invaders to retreat to the Divine Dimension. Meanwhile, Rangda influences Melchior Dorevitch to commit unspeakable atrocities against the Martian population. Inspired by Rangda, Melchior raises an army of human/Xeno mutants to help Rangda defeat her eternal enemies: the Zetans. On Eden, Metatron is grieving Keila and uses a surrogate mother to give birth to his and Keila's daughter Sabina. Sabina turns out to be the messiah of the 29th century, as she has a special connection to the supreme deity, The True Maker. But is Sabina strong enough to face the monstrosity Rangda, whose powers are increasing every day?
Leggi di più Leggi di meno