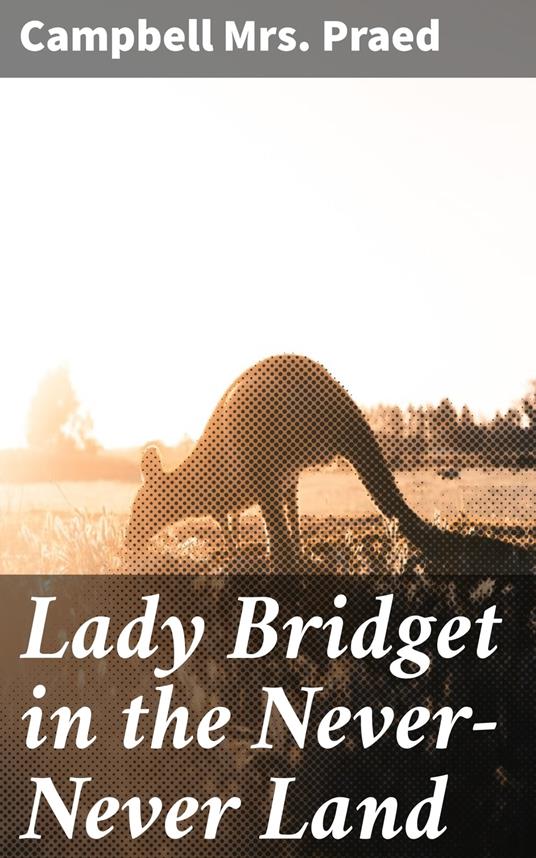 Lady Bridget in the Never-Never Land 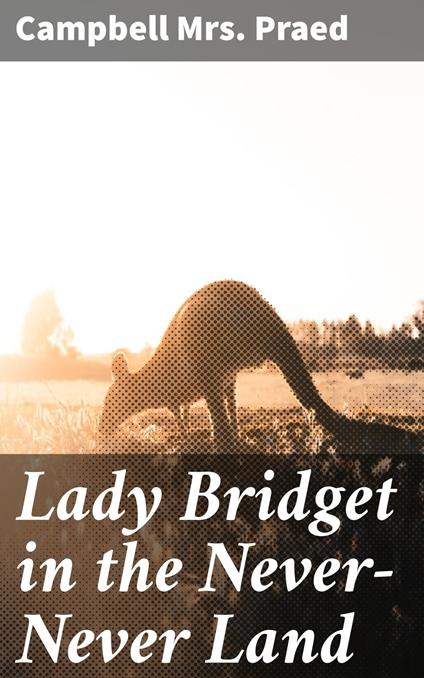 
Mrs Gildea had settled early to her morning's work in what she called the veranda-study of her cottage in Leichardt's Town. It was a primitive cottage of the old style, standing in a garden and built on the cliff—the Emu Point side—overlooking the broad Leichardt River. The veranda, quite twelve feet wide, ran—Australian fashion—along the front of the cottage, except for the two closed-in ends forming, one a bathroom and the other a kind of store closet. Being raised a few feet above the ground, the veranda was enclosed by a wooden railing, and this and the supporting posts were twined with creepers that must have been planted at least thirty years. One of these, a stephanotis, showed masses of white bloom, which Joan Gildea casually reflected would have fetched a pretty sum in Covent Garden, and, joining in with a fine-growing asparagus fern, formed an arch over the entrance steps. The end of the veranda, where Mrs Gildea had established herself with her type-writer and paraphernalia of literary work, was screened by a thick-stemmed grape-vine, which made a dapple of shadow and sunshine upon the boarded floor. Some bunches of late grapes—it was the very beginning of March—hung upon the vine, and, at the other end of the veranda, grew a passion creeper, its great purple fruit looking like huge plums amidst its vivid green leaves.
Leggi di più Leggi di meno